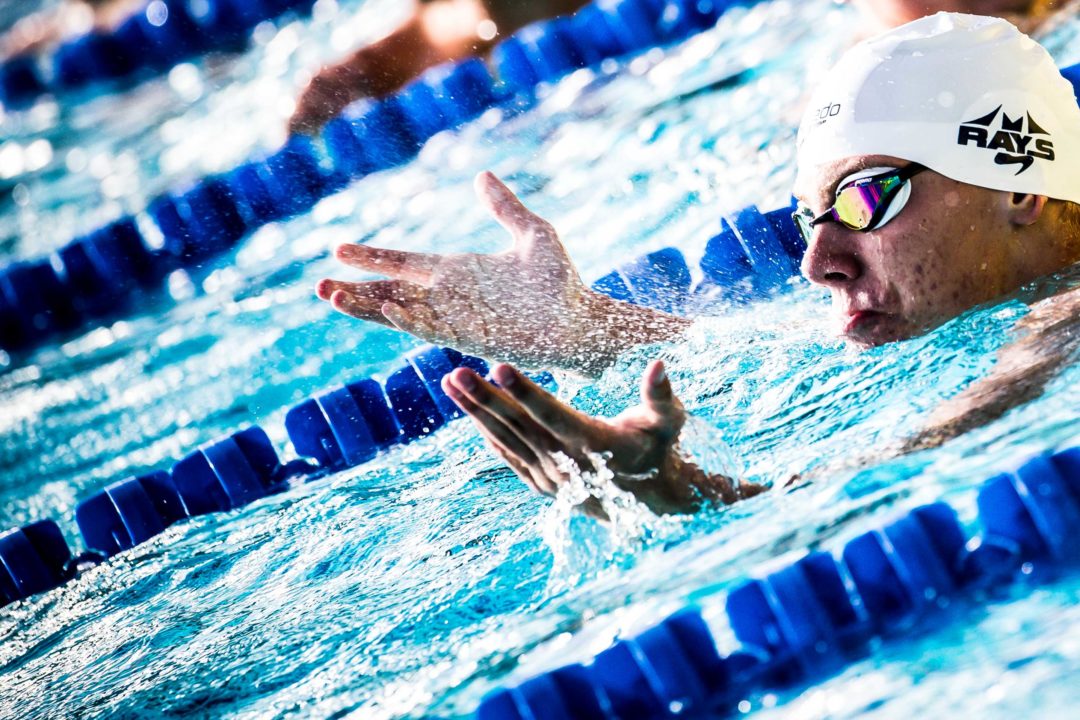 17-year-old Carl Bloebaum and 20-year-old Colby Mefford both threw down huge swims in the 200 butterfly in order to qualify for Wave II of Olympic Trials. Archive photo via Jack Spitser/Spitser Photography

17-year-old Carl Bloebaum and 20-year-old Colby Mefford both threw down huge swims in the 200 butterfly in order to qualify for Wave II of the US Olympic Trials.

Bloebaum touched first overall in a time of 1:58.90, slicing over a half second off of his best time of 1:59.57 from the prelims session. With his performance, Bloebaum moves himself to 29th all-time in the 17-18 age-group, surpassing the likes of Jake Foster, Andrew Abruzzo, and Grant Shoults.

Bloebaum’s time puts him in the conversation for a possible semi-finals spot at the Wave II meet, as he currently ranks 18th amongst Americans this season.

For the 20 year-old Mefford, his time of 1:59.63 knocked almost a second off of his entry time of 2:00.35. Mefford just finished his sophomore season at Cal, where he was a finalist at the PAC-12 Championships in the 200 backstroke and 500 freestyle.

Both swimmers will move on to wave II in the event and any additional events that they hold Wave I cuts in.