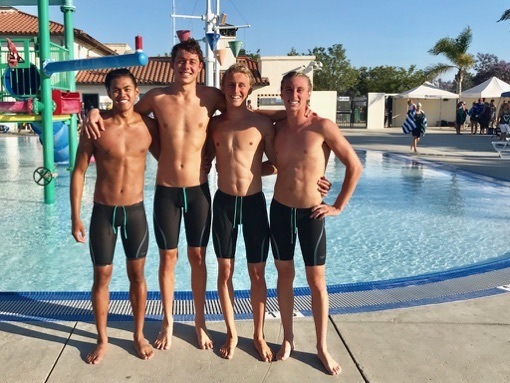 The Canyons Aquatic Club quartet of Nate Biondi, Zander Minano, Tanner Olson, and Adam Osowski combined for a time of 1:33.56 for new 17-18 and... Current photo via Coley Stickels