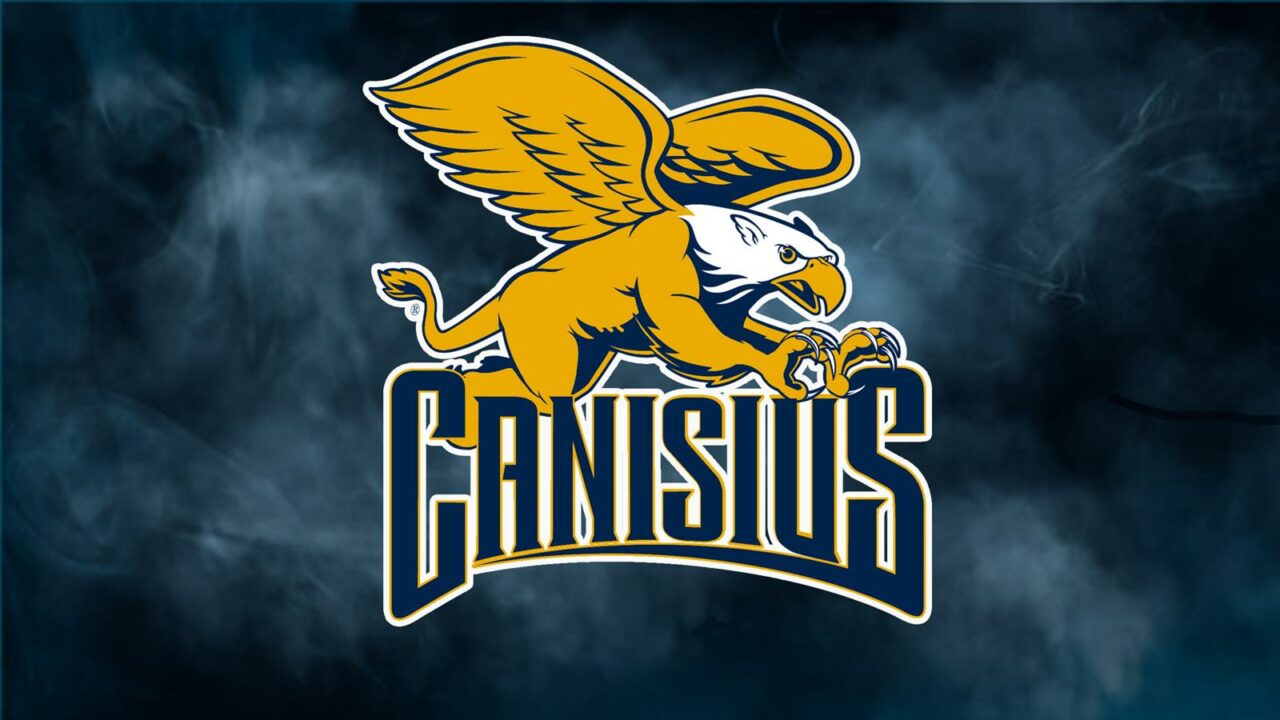 The men earned a 152.5-145.5 victory over Rochester, while the women's team defeated the Yellow Jackets 190-109 and the MAAC-rival Saints 167-130. Stock photo via Canisius College Athletics

Canisius vs. Rochester vs. Siena

The Canisius men’s and women’s swimming and diving teams earned a first-place finish in 21 of the 32 events en route to defeating the University of Rochester and Siena Saturday afternoon at the Speegle-Wilbraham Center in Rochester, N.Y.
On the men’s side, the Golden Griffins earned a 152.5-145.5 victory over the University of Rochester, while the women’s team defeated the Yellow Jackets 190-109 and the MAAC-rival Saints 167-130.
The women’s team claimed first-place finishes in 11 of its 16 events on the day, led by sophomore Jordan O’Connor, junior Grace Van Buren and graduate student Sage Pollack. O’Connor and Pollack both earned first-place finishes in all four of their events, while Van Buren placed first in three.
The trio claimed victory in both the 200 medley and 200 free relays, along with junior Isabel Sapio and freshman Ashley Allaire, respectively. Allaire came in first in the 200 free, followed by a second-place finish in the 200 breast, behind senior Alison Testone.
Pollack finished the day claiming victories in the 50 and 100-free events, while O’Connor earned the top spot in the 100 and 200 back.On the men’s side, freshman Archie Minto and senior Liam O’Connell led the Griffs against the Yellow Jackets. O’Connell earned victories in the 100, 200 and 500-free solo events and took first in the 200-free relay with freshman Ben Yant and juniors Alexander Hiltbrand and Adam Sokolowski.
Minto garnered first-place finishes in the 100 and 200 fly and 200 back. The Burley in Wharfedale, England, native took third in the 200 medley relay with freshman Patrick McCrone, Sokolowski and senior Connor Way. Up Next• Canisius will return to the pool on Saturday with a dual meet against Geneseo. A noon start time is scheduled at the Burt Flickinger Center in downtown Buffalo.

Visiting Division I team Canisius College used a late rally to get past the University of Rochester men’s swimming and diving team by just seven points, winning 152.5-145.5 on Saturday afternoon at UR’s Speegle-Wilbraham Aquatics Center.

The Yellowjackets finished with a total of seven wins on the day, led by David Robinson, Jeremy Mah and Alexander Cho who all were double-winners.

Robinson won two individual events, capturing titles on both diving boards. On the 1-meter board, the sophomore earned an NCAA Zone qualifying score of 276.44 points in his win. On the 3-meter board, he again led the field with a score of 247.87.

UR’s other wins came from Nate Pollitt in the 1000 freestyle and Chris Bushnell in the 100 backstroke.

Bushnell captured his win with a time of 54.71, edging out second place teammate Sidney Miller by .21 seconds.

Rochester’s 200 freestyle relay team to close the meet earned a runner-up finish in 1:29.23, one of ten second place results on the day. The group consisted of Berkhof, Grant Yap, Miller and Trevor Hoch.

Siena Swimming & Diving returned to the road Saturday afternoon, traveling to Rochester, New York to take on the University of Rochester and MAAC foe Canisius in a tri-meet at the Speegle-Wilbraham Center. The Saints defeated the Yellowjackets, 184.5 – 115.5 in the pair’s first-ever meeting, while calling to the Golden Griffins, 167-130, in the conference foes’ first dual meeting since 2012.

Siena will now have a weekend off before returning to Loudonville for its final scheduled home meet of the season on Saturday, November 6. The Saints will host New Hampshire at the Siena Swim Center at 1 PM, with the meet serving as Senior Day to honor the program’s three graduating members.