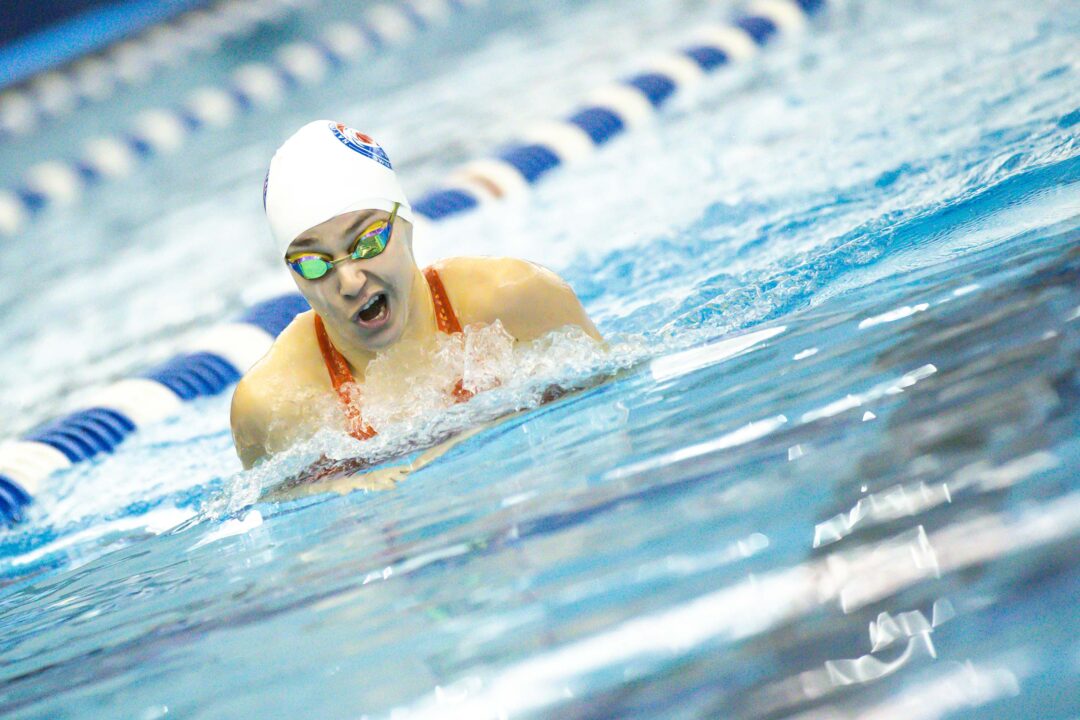 Camille Spink (above) and others produced fast swims at the VHSL Region 6B/6D meets on the road to the Virginia High School State Championships. Archive photo via Jack Spitser/Spitser Photography

Senior Landon Gentry, who is committed to Virginia Tech and swims club at Nations Capital (along with Spink), swam a high school season best time in the 100 fly, finishing in 48.59. Gentry’s best 100 fly this season was at the NCAP Invitational in December, where he swam a 46.92. He ranks 13th in the 17-18 age group in the event this season.

Nolan Dunkel doesn’t want it like my goat RIAN GRAHAM, Rian works hard at every corner while Nolan uses only talent

Lots of great swims from the Yorktown girls in the 6D region. Let’s not overlook that Lauren Hartel of Yorktown was a double winner in the 200 Free and 500 Free while following up just 6 minutes after finishing the 500 in the 4×50 Relay. Go Patriots!

When is their state meet? Where?