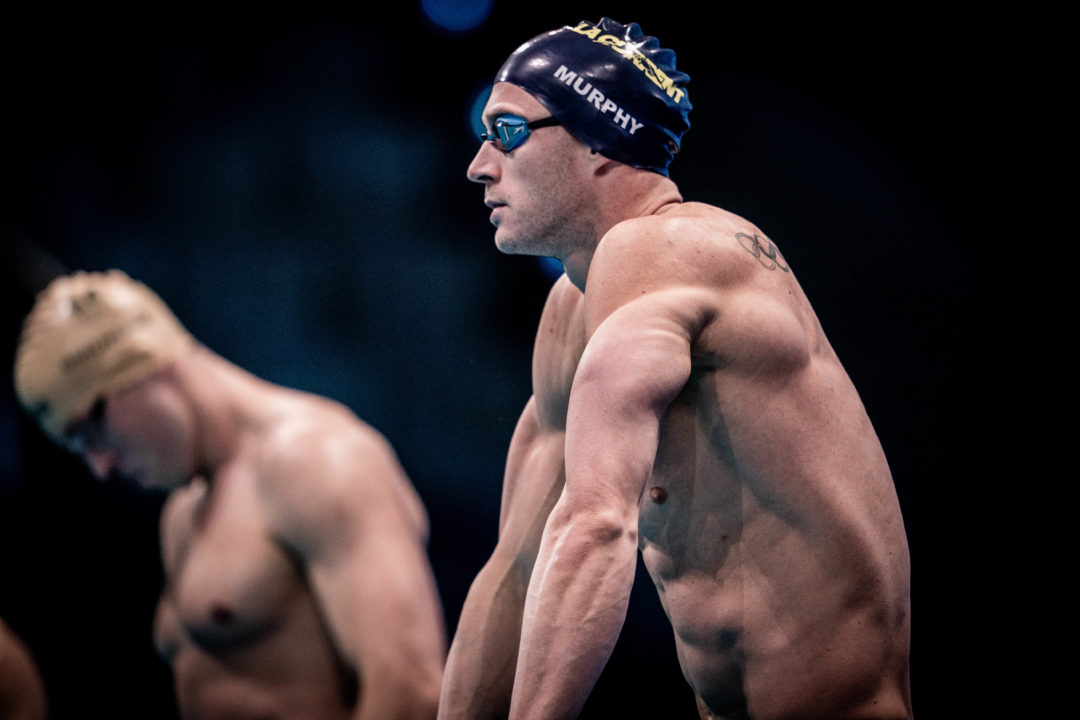 Ryan Murphy, who sits 4th in the overall MVP standings for season 2 of the International Swimming League, will get a chance at backstroke skins on Tuesday. Current photo via Mine Kasapoglu/ISL

The winners of the medley relays have chosen the skins strokes for Match #10 of the 2020 ISL regular season. This match is the later of the double header taking place on Monday and Tuesday of this week that will conclude the regular season.

The Cali Condors women, who have still never lost a medley relay, chose breaststroke as their skins event, while the LA Current men chose backstroke.

That’s the same choices that came out of Match #1, where the medley relays went the same way.

While in a prior meet, the Condors went with Olivia Smoliga over Lilly King, for this event they’ve gone back to their superstar who, until Monday, had never lost an ISL race.

Fortunately for Cali, the swimmer who beat King was her teammate Molly Hannis. Also fortunate for King is that her time was better than she swam in the individual 50 breaststroke in her last outing, so it’s not like the wheels are falling off – Hannis and Lazor just rose to the occasion.

There’s still some trepidation in choosing breaststroke with King not showing infallibility – Alia Atkinson of the London Roar is lurking. But, the Condors currently have a 47-point lead over the LA Current and a 73-point lead over London Roar heading into the day 2 of the meet, so the Current are the more immediate threat. Their breaststrokers Julia Sebastian and Anastasia Gorbenko, both of whom are better in the longer distances, and who went 7-8 in the individual 50 breaststroke.

Smoliga, on the other hand, won the 50 back by .47 seconds, and took a bunch of Jackpot points. So, there could have been a strategy there worth exploring, though Cali’s 2nd, Erika Brown, isn’t as strong as in the 50 breaststroke.

For the LA Current men, this too is a move back to the reliable option of Ryan Murphy. They picked fly and Tom Shields in the last meet, but with Caeleb Dressel, the World Record holder in the 100 fly in long course and a staunch skins competitor, present at this meet for the Cali Condors, the Current went away from him.

Still, the backstrokes are not a given. While they do have Ryan Murphy, whose 22.75 in the 50 back on Monday was the best time in the ISL so far this season, London has Guilherme Guido and Christian Diener lurking. Those two have gone 1-2 in the 50 backstroke previously. Between that trio, they hold all of the top 10 times in ISL history.

This move gives Current a chance of coming back on Cali, but it also gives London a chance at leaping them for 2nd place in the meet if it goes wrong.

Ultimately, without knowing how the semi-finals will be seeded, it’s hard to say if any of this will matter beyond money, MVP scoring, and bragging rights, but on balance, both winners have chosen their biggest stars to fight for the last points of the ISL regular season.

The top 5 swimmers in the season-long MVP standings all swim for the two California teams.

I hope they put dressel in anyway.

Plot twist, they put Dressel in the skins event anyways.

Nah , stewart and ress are gonna do it

I hope they do….but it would be almost impossible for him to make the top 4 in that first 50. At the very least Murphy, Guido, Diener, Stewart are all 99.9% beating him.

Maybe he’ll even get jackpotted.

Plot twist, Hannis AND Atkinson beat King and BOTH do those stupid ”byebye” fingers!