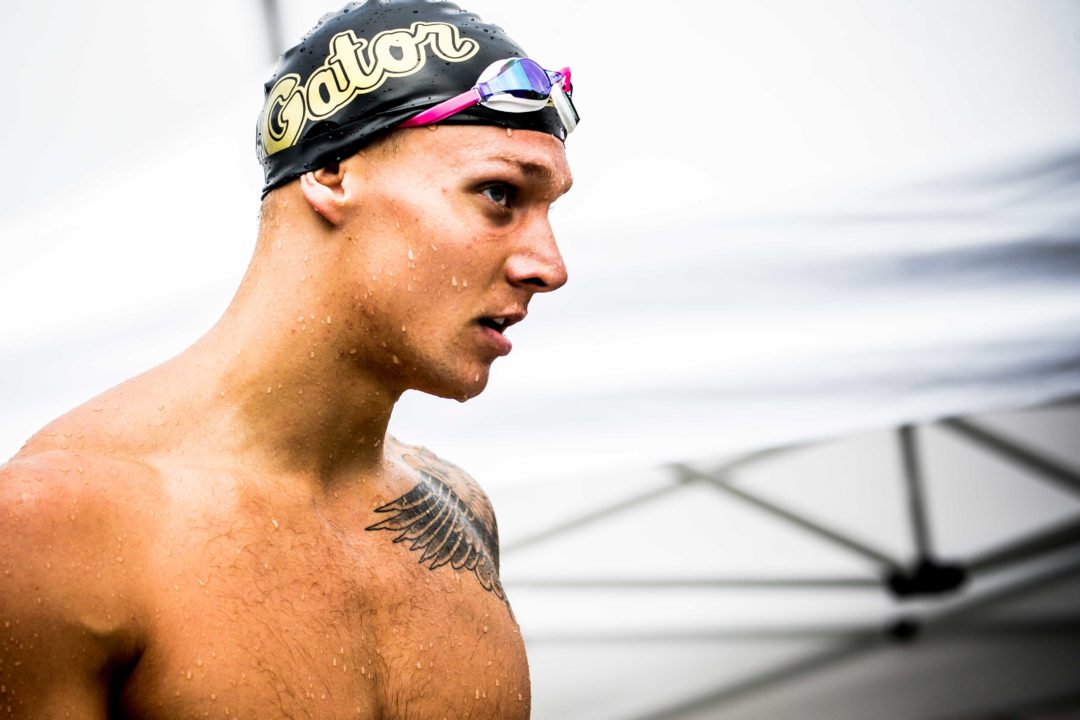 With World Championships roughly a month away, Dressel has now been under 48 twice this season, after not breaking that mark at all last summer. Archive photo via Jack Spitser/Spitser Photography

Caeleb Dressel swam a 47.97 in the men’s 100 free on Friday morning in prelims at the 2019 Fran Crippen Memorial Swim Meet of Champions. This continues a trend for Dressel this season of being much faster in-season than we’ve seen in previous years. At his last meet, the Atlanta Classic, he was 48.45 in prelims and 47.86 in finals. That prelims swim was the famous 24.1/24.3 nearly-negative split. Coming into this season, his fastest in-season swim was a 48.74 done in June of 2016, a few weeks before the Olympic Trials. Now he’s been under 48 twice this season before the World Championships.

2018 was a good year to have an off-year. No major championships that year. And he still managed to make the team.
You can’t be at 200% each year if you want to have a successful long career.
Dressel is gonna be a monster at next worlds.

Good to see you back Bobo 🙂

Everyone seems to be a little quiet after the final.

Probably combination of things. Finished on half stroke plus he probably doesn’t have the speed right now and went out too fast

No , i think its because of heavy training + outside pool .

Troy is prepping him good ….heavy training if he is tired like that

47.90 without tucking in his strings