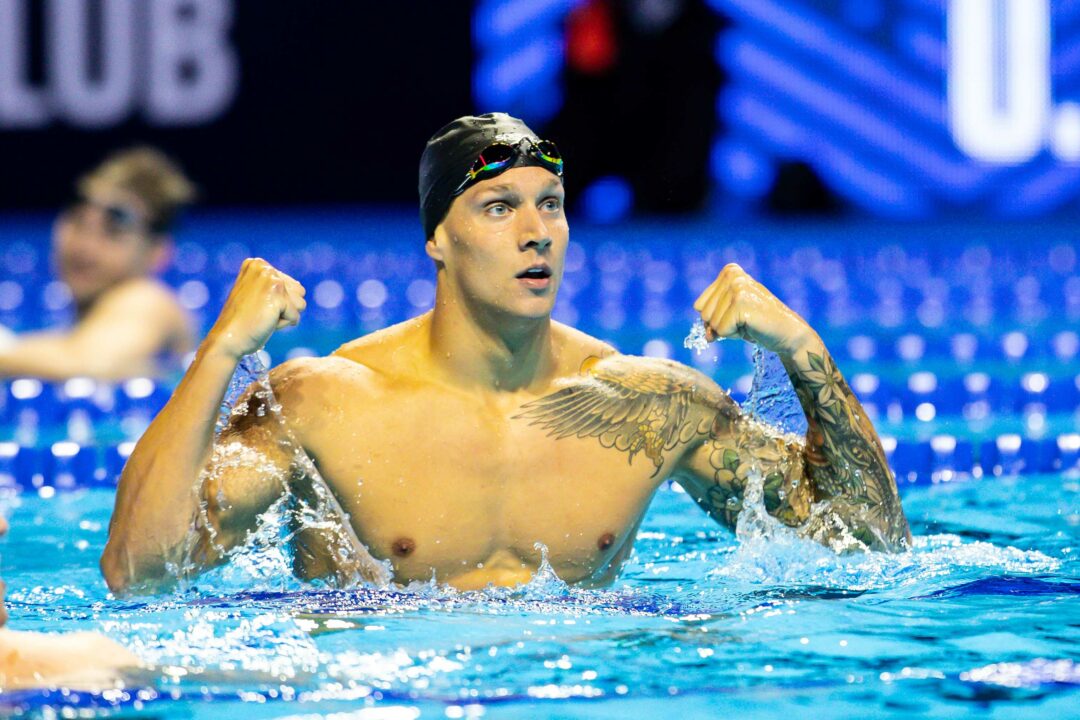 Swimmer Caeleb Dressel (above) and gymnast Simone Biles were announced as co-winners of the 2021 AAU Sullivan Award on Friday. Archive photo via Jack Spitser/Spitser Photography

American swimmer Caeleb Dressel and American gymnast Simone Biles were recognized as co-recipients of the AAU Sullivan Award for 2021. The award is given to an evolved version of the “top amateur athlete in the United States” every year, using a loose definition of “amateur,” given that both Dressel and Biles made millions of dollars in 2021.

The AAU says that they have refocused their approach to just the ‘top athlete’ of the year in order to accommodate Olympic athletes, and now NCAA athletes, who are in many cases are no longer amateurs.

This is the 3rd-straight year in which the AAU has announced co-winners.

Dressel was announced as the co-recipient during halftime of the Orland Magic game on Friday night, where they were losing by 30 points to the New York Knicks. Biles was recognized earlier in the day at a luncheon. She is currently in Indianapolis as part of the GoldOverAmerica Tour with other American gymnasts and wasn’t able to attend the ceremonies in person.

Dressel also wasn’t at the luncheon, where his award was accepted by his attorney.

Biles, meanwhile, won a silver medal in the team event and a bronze medal on balance beam. She withdrew from most of her events after coming down with a case of the “twisties” (read more here), sparking a national conversation about athletes and mental health.

I’m old enough to remember when winning the Sullivan Award was a prestigious accomplishment. Today? Meh, not so much anymore. Similar to the decline in the Pulitzer where each spring five or six people sit around in the living room of an Upper East Side brownstone and decide who’s been “virtuous.”

That said, congratulations to Caeleb Dressel!

So meaningless award… got it.

It used to mean a lot but for me giving it to Biles in 2021 is the death blow.

How could biles be the best when she withdrew

They are redefining the award for media hits. Stupid. No denying Bilas is the GOAT, but not in 2021. Katie Ledecky, Sunisa Lee, Sydney McLaughlin, Athing Mu all better candidates. If you are going for the feel good then give it to Alyson Felix. All at least won a gold medal.

Getting very tired of Simone Biles and Naomi Osaka. They stunk up 2021, esp. Osaka given how many major tournaments there are.

And they’re getting very tired of you.