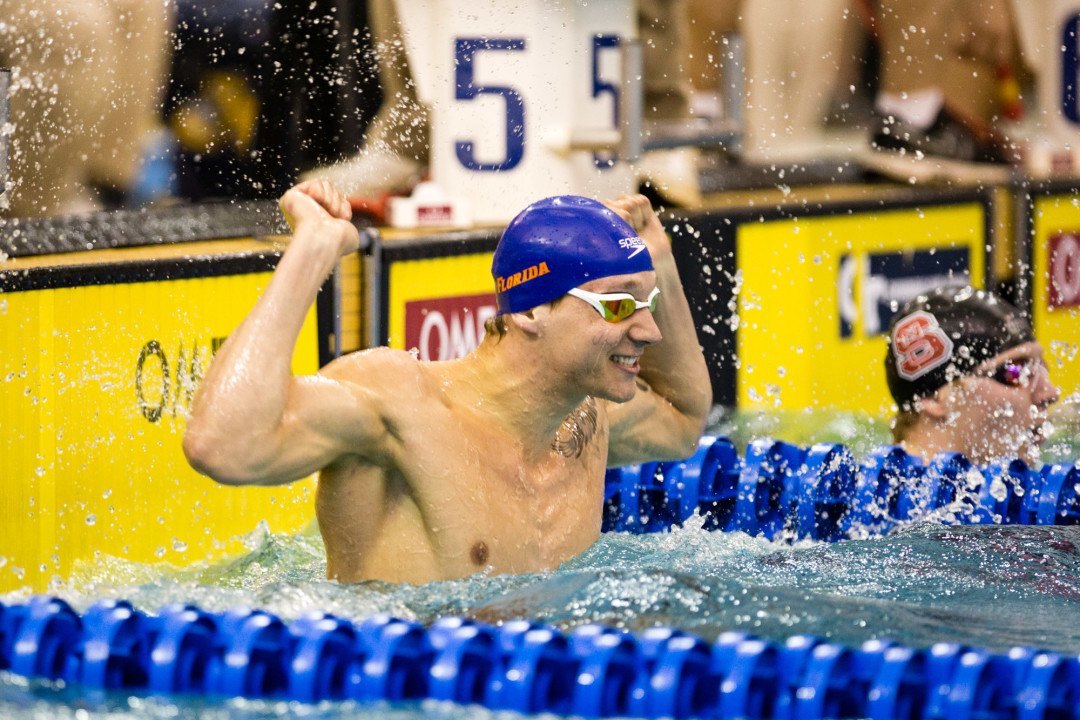 Caeleb Dressel, who was a pedestrian 50.71 in prelims of this race this morning, rocked a new personal best in the finals tonight. Archive photo via Tim Binning/TheSwimPictures.com

Caeleb Dressel, who was a pedestrian 50.71 in prelims of this race this morning, rocked a new personal best in the finals tonight. The rising Florida junior posted a 48.74 to easily win the event, as well as take four hundredths off of his best.

** Last night, live results showed these splits– today, however, they reflect a 23.09/25.65 splitting. We’re working to confirm which splits are correct.

In the men’s 100 back, South African and University of Alabama swimmer Christopher Reid topped his teammate Luke Kaliszak (55.47) as well as Tennessee alumnus Sean Lehane (55.61).

Young man is looking good! I like the splits.

Good news for Dressel, the American relay, and fans. He appears to be right on track to push the sub 48 envelope when he tapers down. Coming back in 24.9 is incredibly fast in season. Very excited for Omaha.

He is coming goooooooood Caeleb !!! Bodes very well for this 100 free at trials .