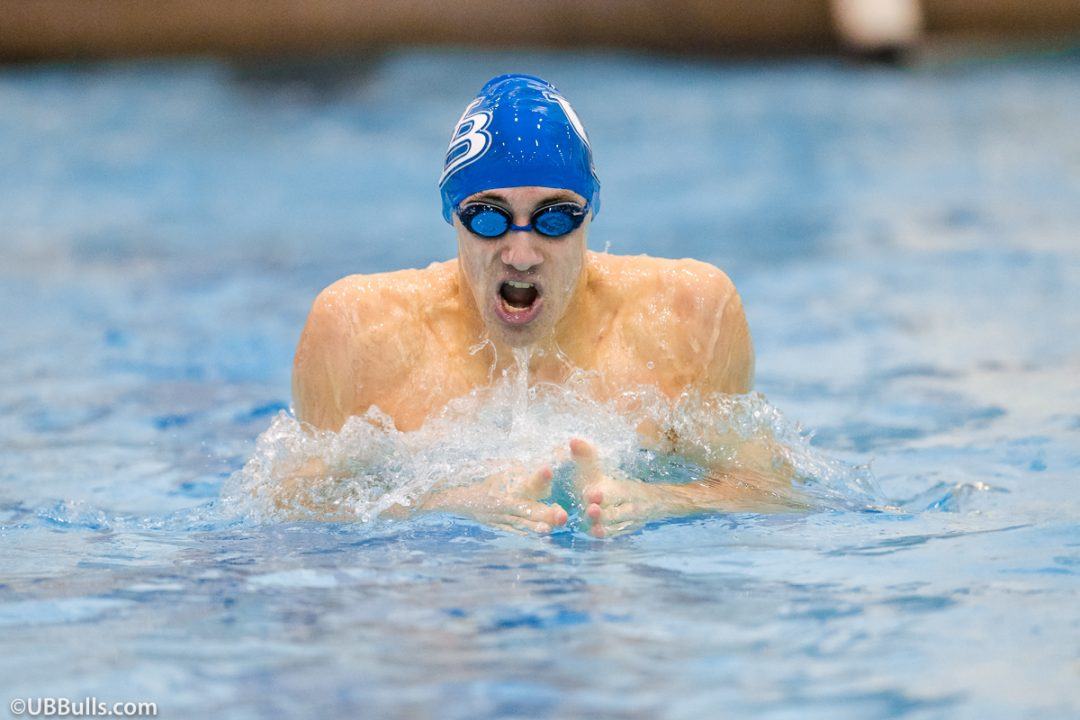 The University at Buffalo men’s swimming and diving team traveled to Oxford, OH to take on the Miami (OH) Redhawks in a Conference match-up. The Bulls defeated Miami (OH) with a 177-119 score. The Bulls placed first in all but two swimming events, and second through fourth on both diving boards.

The Bulls are back in action again on Friday, January 27th when they welcome St. Bonaventure to Buffalo. The meet is set to begin at 4:00 pm.