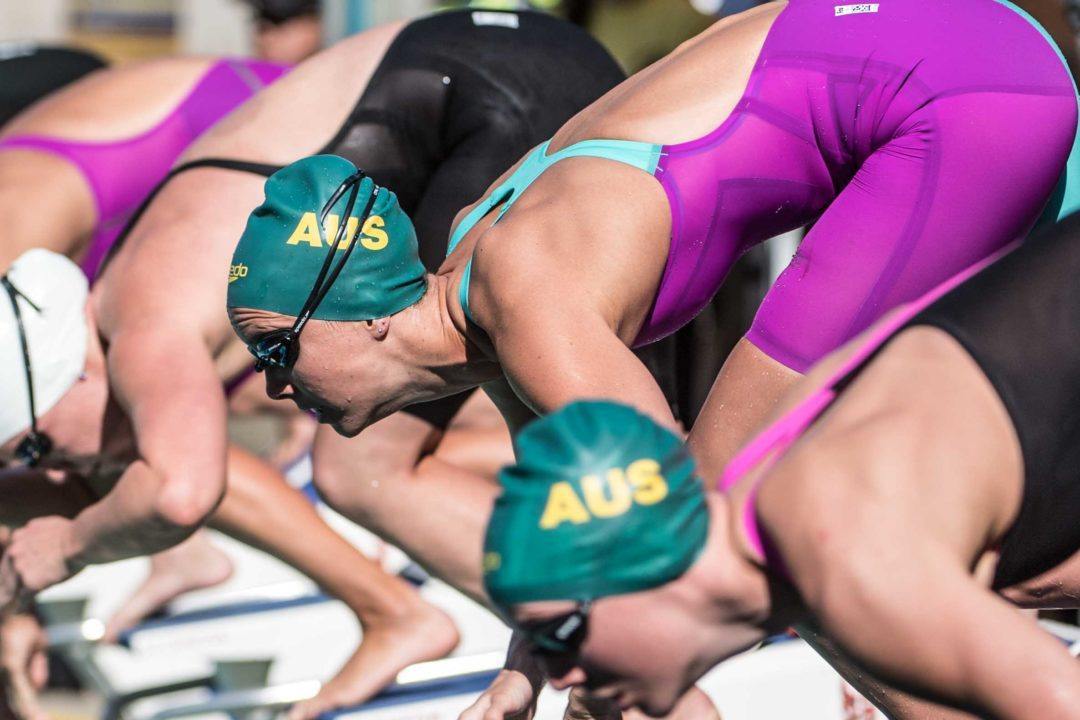 2016 Olympian Emma McKeon added to her Vic Open medal haul, winning an event she has only swum four times before. Racing in the women’s 200m butterfly in Melbourne tonight, 22-year-old McKeon rocked a time of 2:09.33, the only sub-2:10 mark of the field. That outing ranks as her 2nd fastest performance in her limited run in the event, with last year’s 2:07.83 representing her fastest.  McKeon is situated as the 9th swiftest in the world thus far this season. Tonight’s win also brings McKeon’s total haul to 5 golds at the meet, setting the St. Peters Western swimmer up nicely for March’s NSW State Championships, should she choose to compete there a 2nd consecutive year.

Denying McKeon a 6th gold at the Vic Open was Olympic teammate Madison Wilson, who clinched her 3rd win of the meet tonight. Having already earned victories in the women’s 100m and 200m backstroke races, Wilson managed to churn out a win in the 200m freestyle event, topping the field in 1:58.76. That result checks in as the 22-year-old’s 2nd fastest time of her young career, sitting .31 behind what she produced last year at the Pro Swim Series in Santa Clara. McKeon had to settle for silver tonight, registering a modest 1:59.84.

Two other head-turning races came in the form of a sisterly showdown in the women’s 200m IM event. 21-year-old Taylor McKeown, an Olympic finalist at the 2016 Rio Games in the women’s 200m breaststroke, wasn’t able to stop her determined sister, Kaylee McKeown in tonight’s 200m IM final. Taylor clocked the faster prelim time of 2:19.80 to Kaylee’s 2:24.29, but the younger sister turned the jets on full blast tonight, earning a monster time of 2:14.82. That ranks as the fastest time of young Kaylee’s career, easily surpassing her previous personal record of 2:17.39 from just this past December. The outing also sits just tenths off of the Australian National Record for 15-year-olds, so look for that mark to fall in the near future if Kaylee can keep it up. Taylor wound up with silver in 2:15.37.

18-year-old Matthew Wilson was the other stunner tonight in Melbourne, as the teen threw down a super quick 200m breaststroke time of 2:09.65. Spitting 1:02.49/1:07.16, Wilson now sits as the world’s 2nd fastest in the event this year, with only Japan’s Ippei Watanabe having been faster (2:08.89). Impressively, tonight’s result represents the fastest of Wilson’s career and marks just the 2nd time the SOPAC swimmer has dipped beneath the 2:10-second threshold. Considering Australia was without a male 200m breaststroker in Rio last summer, all eyes will be on this young man to see if he can help pave the way to Tokyo 2020.

Wilson’s 200BRS was probably the only time from these Vic titles worth taking note of. This time is nigh on par with his time from last year’s Olympic Trials so, being still a couple of months out from Nationals, this may be a portent of a significant PB on the cards …… or maybe just a case of peaking too early in the season. His 1.00.5 100BRS was also on par with his PB; he should at least be tracking sub minute at some point this year although it is still likely that 200 may be more his distance. Very little else of note. McKeonE looked smooth in all bar her 200FR; Wilson was sub minute in W100BK & looked… Read more »

Very interesting Emma McKeon in the 200 fly because I think she could become a big player in this race. 60.5 for the front-half is remarkable so early in the season and her 35.2 last 50m I suppose was pretty painful but already showed some toughness.
Australia could have a couple of serious pretenders in the women 200 fly.

18 year-old Matthew Wilson in the 200 breast is another to watch in the next four years. Looking at his first 2.08 in April at Nationals.

McKeon is a 2.07high 200flyer and undoubredly, she COULD bring her PB down by at least a second. The issue is whether she will seriously pursue this event when she already has other major events. Whilst she is currently AUS no3 in the 100fr, it’s highly unlikely that C1’s body will hold up through to Tokyo (I expect her to retire after Toytowns in a little over 12 months) & C2 is similarly physically fragile. Its highly likely that McKeon will take over the no1 AUS ranking in this event over the next 2 years as, beyond the current relay squad, the cupboard is bare as regards the following generation. I think her schedule will be busy enough with 100/200fr/100fly… Read more »