British Trials Post-Mortem: How They Killed Their Own Momentum 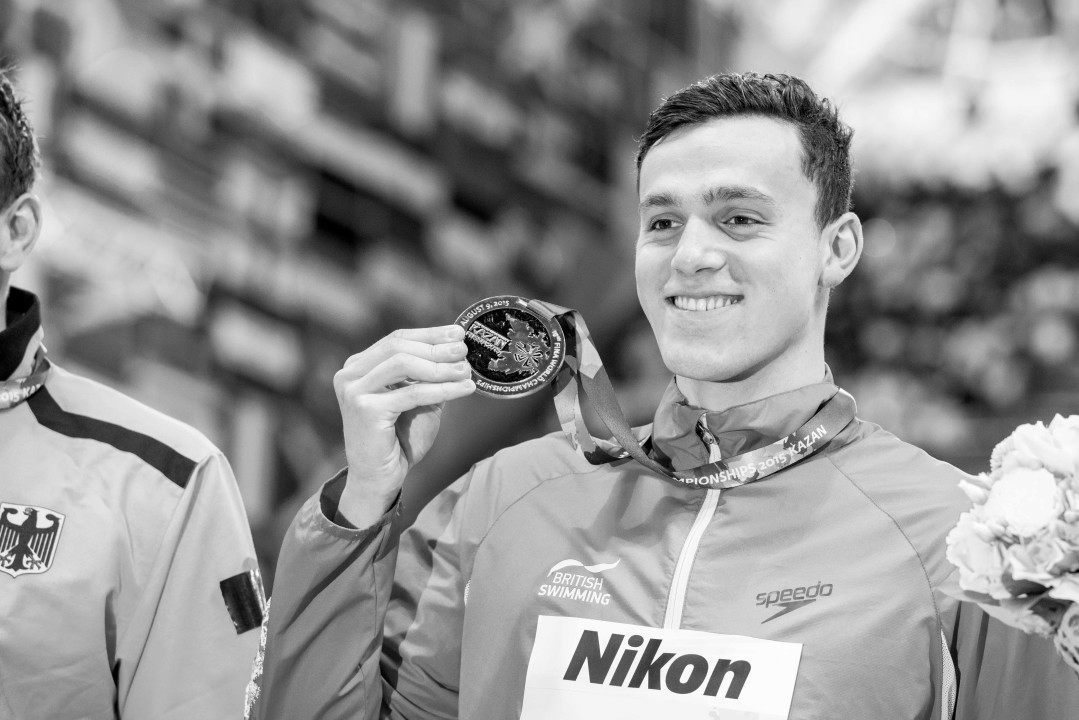 Coming into 2016, Britain was the hottest country in world swimming. They won an impressive nine medals at the 2015 World Championships in Kazan and were buoyed by a strong mix of older and younger swimmers. While there were a few standout swims from this past weeks British trials, the results overall were a near disaster. The realistic medal chances for Britain based on this trials meet come down to two swimmers: Adam Peaty and James Guy. Of those two, Peaty is a one event swimmer at the Olympics, and Guy will likely face much harsher competition than he did last summer.

The rest of the Kazan medalists look weak. Jazmin Carlin, who won bronze in the 800 free, swam nearly ten seconds slower in that event this past weekend. Only a last ditch effort in the 400 free saved her qualification, but she will need to swim significantly faster to medal in Rio.

Meanwhile, Siobhan Marie O’Connor looked like a swimmer with plenty of upside and Olympic experience from 2012 to help calm her nerves. But the swims from this past weekend were full of tension. She was a second slower than she needed to take bronze in Kazan. Although that time ranks her second in the world, chances are O’Connor will need to reverse the trend if she wants to medal in Rio.

Even the World Champion men’s 4×200 relay took a hit. Daniel Wallace, who started that relay, was way off the entire competition, struggling from the first day’s 400 freestyle. He will not return for Rio. Robbie Renwick, despite putting everything into his 200 free effort, managed just 1:47.23 after a 1:45.9 split in Kazan. With the 4th place team from Kazan just 2.5 seconds back, there is no room for slippage from the Brits in this race.

Although Russia has consistently dominated at the European Junior level, Britain has had some good Juniors through as well. Last summer’s European Games in Baku looked especially promising, with a total of 23 medals won through the competition. Simply put, those good Junior results did not progress as they should have in 2016.

The most glaring example is Luke Greenbank, who set a World Junior Record in the 200 backstroke in Baku (1:56.82). With the qualifying time set at 1:55.13 (and the 2% standard at 1:55.9) Greenbank needed to improve significantly to make the Olympic team. Instead, Greenbank went in the opposite direction and won in 1:57.79.

Abbie Wood was another gold medalist from Baku that back slid and was well outside of Rio contention. After going 4:41.9 last summer, she managed just 4:43 in the final at British Trials.

Paradoxically, Duncan Scott, who won both the 200 and 100 freestyle in Baku and improved massively in the last nine months, needs to be subjectively selected onto the 4×200 freestyle relay in order to swim in Rio.

While so much of the talk in this Olympic season has been on tough national standards for Rio, Britain stands out. Whereas France was somewhat defensible in where they set their Rio marks, Britain may have seriously overestimated. In many events, the automatic Rio standard was so far from reach that it became demoralizing for the athletes.

When a swimmer like Chloe Tutton breaks the national record by 1.5 seconds in the 200 breaststroke, while recording a time that would have won silver in Kazan, and still has to sweat out a subjective selection, something is wrong. While many of the problems in British swimming several Olympiads ago can be attributed to poor standards, the pendulum has swung too far in the other direction.

One of the few advantages of setting your Trials competition in April versus late June like the United States is that you have time to adjust. If the leadership of British swimming, most importantly Olympic Head Coach Bill Furniss, can make the right adjustments between now and Rio they can still be successful. There is little point at the moment in lingering on what went wrong this past week, and Britain still has a once in a generation talent like Guy to build their Olympic hopes around.

It’s like every country wanted to one-up each other’s qualifying standards. Whatever… France, England, Japan, and Canada all got a big reality dose these past few weeks. They’ll have to learn what works for them. Luckily the US have the good ol’fashion capitalism approach to olympic trials.

0
0
Reply
Mcgillbeb
Reply to  Swimmer A

France England and Japan all got reality checks however canadians only had to go the fina A time which is very reasonable. California alone has twice as many competitors than Canada so of course americans will have more people posting faster times

0
0
Reply
Scottishswimmer
Reply to  Swimmer A

Excuse me but it is not just England, the Gb team consists of scottish and Welsh athletes too! The trails were held in Scotland!

There are other factors in play for one or two of the main squads failing last week, and you’d be foolish to write off some of the medal winners from last year, but your summary is in the main accurate.

A case of pushing too hard, creating a really negative atmosphere and shooting oneself in both feet !

How much of the current selection strategies (I almost said insanity) is being influenced by the funding agencies that swimming in each country must depend on?

The task at The Olympics is finishing first – the gold medal isn’t awarded on the basis of making a standard – it’s a race and the winner wins.

The countries listed in the article have all sought to “motivate” their athletes with additional selection requirements… the approach has largely failed over the years in Canada, so of course we tried it again. Swimming administrators and National Head Coaches might want to think about the current situation when they consider the best ways to “raise the bar” for their athletes.

Me too, good title and no substance! I take this one to go to sleep tonight!!

The usual case of adequate knowledge being inversely proportionate to strong opinion.
Thanks for writing her off though, I assume they’re still handing out the main medals in the Summer like they’ve done for the last two seasons ?!
Keep up the good work…

Hey Dad of Siobhan, I didn’t write her off. Simply stating that she swam slower than last summer. I hope she turns it around and BRINGS it to Rio, love to see people swim fast.

Listened to an interesting interview a few days back between one of my favorite sportswriters Bill Simmons and Draymond Green, who is on the 73 win (most all-time regular season) Golden State Warriors. Simmons recalled criticizing Green for his lack of shooting ability on air. He was “open for a reason”!

Green thanked Simmons and media in general for being objectively critical of athletes. He used it as motivation to get better, and he has improved as a shooter every year in the league.… Read more »

Thanks Chris for taking the trouble to reply.

Siobhan was ill just before her taper which undermined an otherwise great block of work in Australia.

She was disappointed, but isn’t one to make excuses or shy away from the challenge (or bottle it)

I just wanted to put the record straight on her behalf.

It only matters when it matters, and I appreciate the feedback.