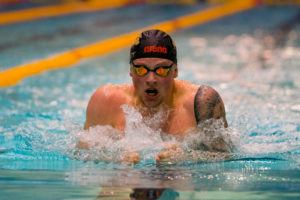 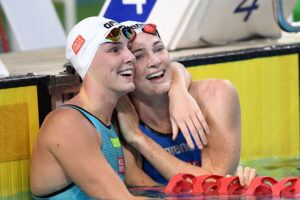 The Campbell sisters will look for a pair of 1-2 finishes in the sprint free events at the Commonwealth Games. 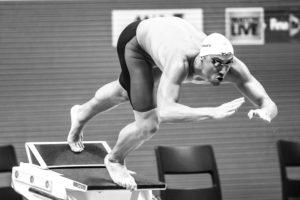 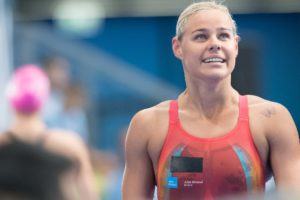 Denmark’s Pernille Blum will be among those racing at the “Meeting FFN Golden Tour Camille-Muffat Étape 2” at the Centre Aquatique Christiane et Guy Canzano in Sarcelles this weekend. 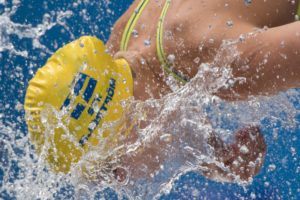 Jazmin Carlin
Jazmin Carlin, also known as Jazz, is a Commonwealth and Double European Swimming Champion from the United Kingdom. Born Sept. 17, 1990 Carlin is a mid-distance freestyle specialist, and trains at the National Performance Centre, Bath. Her favorite events are the 400m freestyle and 800m freestyle.

Carlin makes Welsh history
At the 2010 European Championships in Budapest, Carlin helped GBR’s 800m freestyle relay land a medal. She followed up her performance that year by winning silver in the 200m freestyle at the 2010 Commonwealth Games, and breaking the Welsh record. Her finish was the first Welsh female swimming medal won in 36 years. She then added a bronze-medal win in the 400m freestyle, becoming the first in 80 years to win two medals at one Commonwealth Games.

Post-swimming career
Carlin loves sports, and she wants to somehow be involved in teaching and helping people get fit after her swimming career. She’s a qualified personal trainer, and is pursuing a Business & Accountancy degree at Swansea University – Carlin’s also a fully qualified nail technician.

In the 400-meter freestyle Carlin had a solid preliminary swim, which put her in 6th going into the final. She took out the first 200 meters strong, but relaxed, and charged home in a three-way fight for a medal with Sharon Van Rouwendaal and Jessica Ashwood. All three women were within less than one second of each other, but Van Rouwendaal and Ashwood stayed enough ahead of Carlin to go 2-3 and push Carlin to 4th place. In the 800-meter free Carlin was in a neck-and-neck battle for most of the race with Ashwood, who were following Ledecky and Lauren Boyle. Ledecky had no contest in the event, but Boyle’s lead was dwindling at the 700-meter mark. Although Carlin’s last 100 meters was extraordinary, she couldn’t break Boyle’s lead, finishing 3rd behind Boyle by half-a-second.

Carlin swam to a second place, silver medal, in the 400M Freestyle, losing only to phenom, Katie Ledecky, with a 4:01.23.

Once again Carlin swam a great race to finish second in the 800M Freestyle, two tenths ahead of bronze medalist Boglarka Kapas of Hungary with a time of 8:16.37, and losing only to Katie Ledecky of the US.