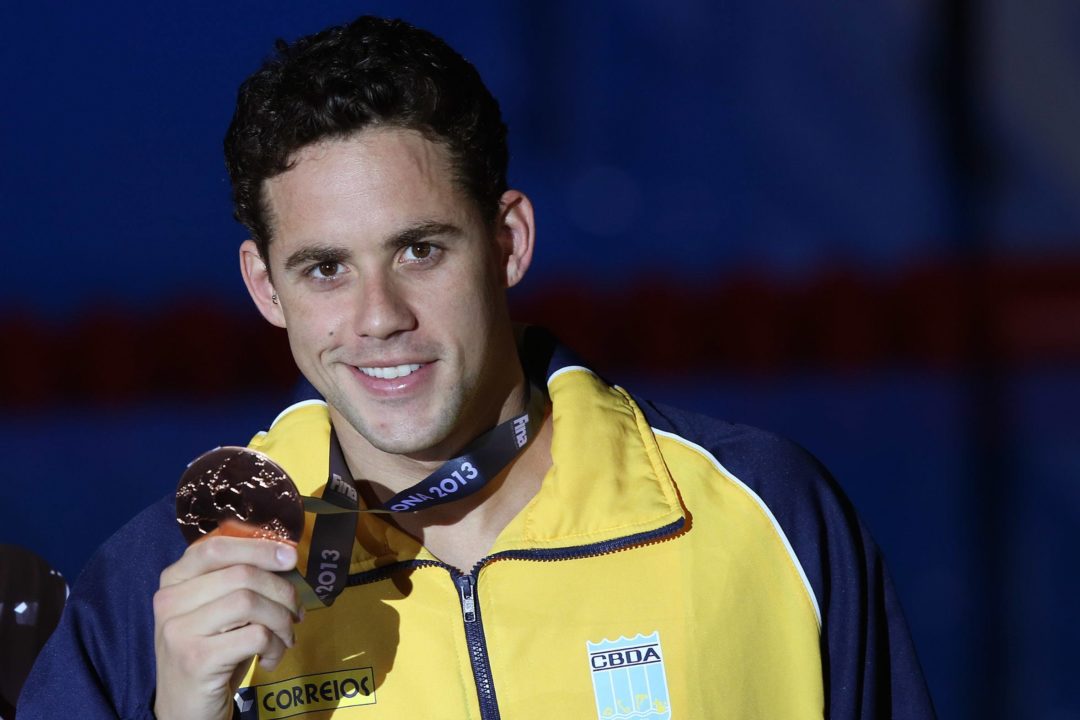 The Brazilians have announced their roster for the 2014 BHP
Billiton Aquatic Super Series in Australia: a meet that will pit
teams from China, Australia, South Africa, and Brazil against each
other for huge cash prizes in January. The event runs from January
31st-February 2nd in Perth, Western Australia. The team features
a ton of youth for the Australians, to go
with a sprinkling of veterans. The best-known Brazilian swimmer,
Cesar Cielo, is not on the roster, but swimmers like Nicolas
Oliveira, Thiago Pereira, and Henrique Rodrigues will be, as will
World Championship bronze medalist in the 100 breaststroke Felipe
Lima. So too will be young swimmers in the next generation, like
one of the world’s top junior sprinters Matheus Santana, and
distance swimmer Brandonn Almeida. To see the roster for the host
Australians, click here.
Men: