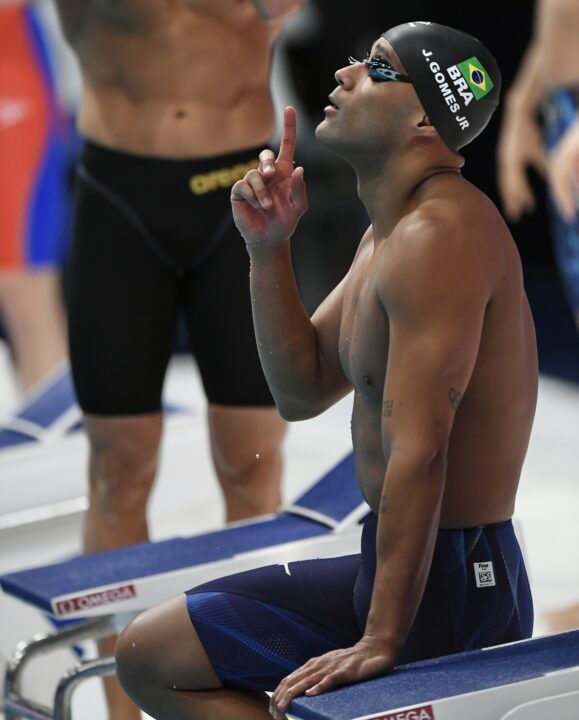 The third day of the 2022 Jose Finkel Trophy in Recife, Brazil saw another swimmer, Joao Gomes, qualify for the Brazil’s SC World Champs roster. The 2022 SC World Champs are set to take place in Melbourne, Australia in December.

Despite the fast standards, Joao Gomes managed to punch his ticket to Melbourne tonight, winning the men’s 50 breast handily with a 25.86. That time actually came in well under the qualifying standard of 26.16. In fact, Gomes’ time tonight would have been good for bronze at the 2021 SC World Champs, setting him up well for this year’s championships.

Gomes joins Leonardo Santos and Caio Pumputis, who have also qualified for the World Champs roster. Both Santos and Pumputis hit the qualifying standard in the men’s 200 IM final on day two of the meet.

There was a near miss as well tonight, as Jhennifer Conceicao broke the South American Record in the women’s 50 breast swimming a 29.87. The qualifying standard sits at 29.79, meaning Conceicao missed the cut by just 0.08 seconds. It marks the third time already at this meet that the South American Record was broken in an event in which no one hit the qualifying standard for SC Worlds.