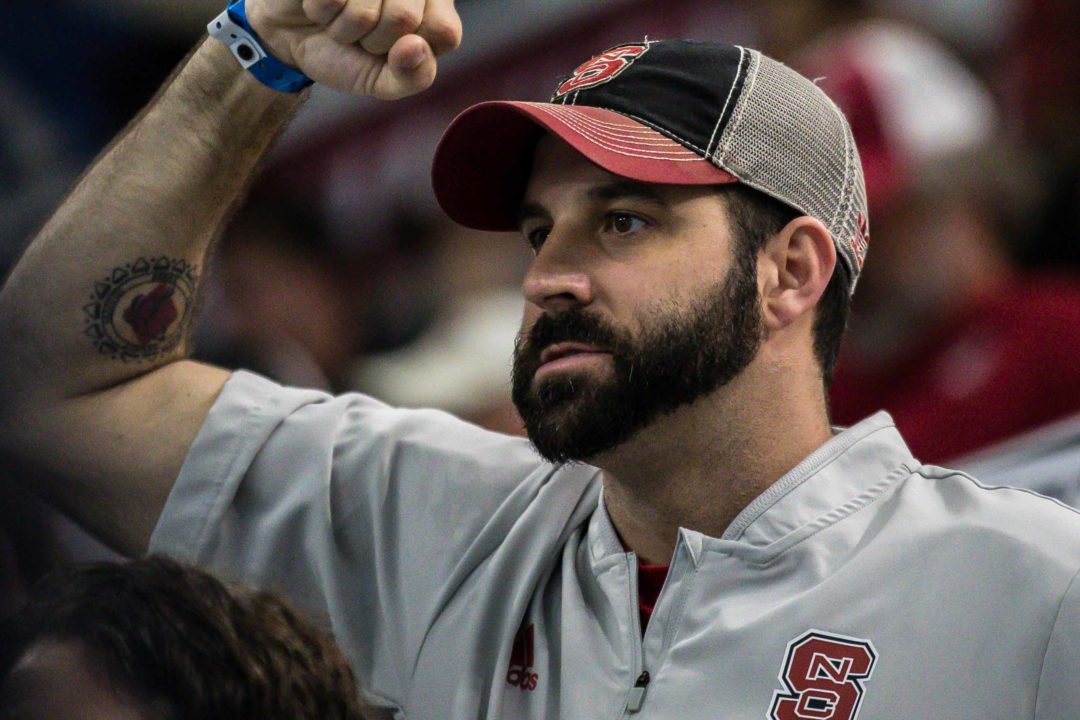 Braden Holloway, the head coach of the NC State Wolfpack varsity squad, has been elected to the Board of Directors at ASCA. Archive photo via Jack Spitser/Spitser Photography

The American Swimming Coaches’ Association (ASCA), which provides education to and advocacy for swim coaches in the United States, has elected 5 new members to the Board of Directors.

The new class will make up a third of the participants in a 15-member board, with each serving a term of 3 years, with a maxium of 2 consecutive years on the Board.

New Board of Directors Members, 2020:

With the departure of both Prindle and Ferretti, the newly-appointed Oesting becomes the only female on the ASCA Board of Directors among 15 members.

Oesting has quickly built her EISF team since she created it in 2016. In less than 5 years, it has expanded to 3 sites, had over 25 swims in the USA Swimming Top 100 All Time National Age Group Swims, had a swimmer break a National Age Group Record, and has been given many national speaking and coaching appointments.

The vote happened as part of the ongoing ASCA Cyber World Clinic, which is running from September 13-20.

The new Board of Directors members will work with a new-look ASCA staff. CEO Steve Roush announced that he will leave the organization on October 15 after less than a year in that role; the organization’s COO Paris Jacobs has also resigned.

Get rid of John Leonard …yesterday.

Good coaches, good people. Now if they can find a CEO willing to move this in the right direction, I might consider becoming an ASCA member again.