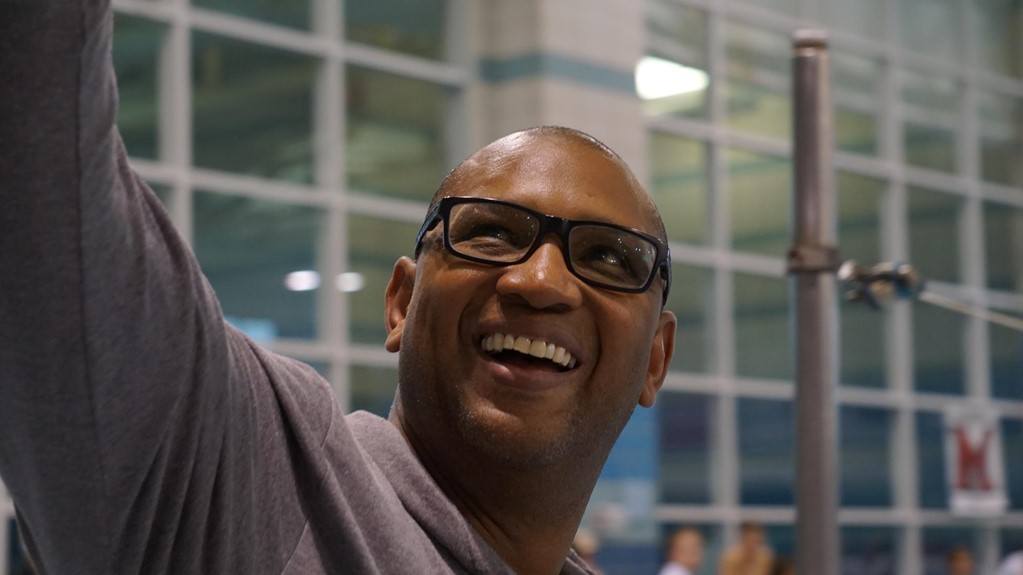 Perkins has served as the head coach at the University of Evansville since 2002 and has 5 Missouri Valley Conference Coach of the Year awards. Archive photo via Bowling Green State Athletics

Not waiting for the legal process to run its course, Bowling Green State University has decided to move forward with the program and hired Rickey Perkins as the program’s new head coach.

Perkins replaces Matthew Ense, who was arrested in July on allegations that he had thrown his girlfriend’s cell phone out of a car window while she was trying to call 9-1-1, and then trying to swallow a marijuana edible while police arrested him.

Perkins comes to the school from the University of Evansville in neighboring Indiana, where he’s been the head coach of both the men’s and women’s programs since 2002. In that time, he was named the Missouri Valley Conference Coach of the Year on 5 occasions, coached 13 swimmers to Missouri Valley individual event titles, and his swimmers broke 30 school records.

Perkins’ prior stops before Evansville included 3 seasons as the head assistant coach at the University of Washington from 1999-2002, 1 year as the National Coach for the Barracuda Swim Club in the Bahamas, and a decade of coach in Alaska, beginning in 1989. That includes as the head coach at his alma mater, Alaska-Anchorage, from 1994-1998.

“We are excited to welcome Coach Perkins to the Falcon family,” BGSU AD Bob Moosbrugger said. “Rickey is an experienced and successful head coach having been named the Missouri Valley Conference Coach of the Year five times during his tenure at Evansville. His passion and desire to coach and mentor student-athletes in and out of the pool is something that attracted us to him. He will be an outstanding addition to our staff. We welcome him and his wife Delores to the BGSU community.”

“I am excited and honored to be the next Head Swimming and Diving Coach at Bowling Green State University,” commented Perkins. “I want to thank Bob Moosbrugger and everyone at the University for giving me this opportunity. I also want to thank the University of Evansville, the alumni and the current team members. It has been a wonderful 16 years. I will miss everything, but I am looking forward to this new adventure. The MAC is a great conference and MAC women’s swimming and diving is on the rise, and I am eager to see what we can do at BGSU.”

The Bowling Green State women finished 5th out of 8 teams at the 2018 MAC conference championship meet; the school doesn’t sponsor a men’s team.

At the time of his arrest, Ense was placed on “administrative leave” by the school while they awaited the results of an investigation, BGSU said in a statement.

This is a very good hire especially on such short notice right before the season starts. I hope Evansville is easily able to find a new head coach!