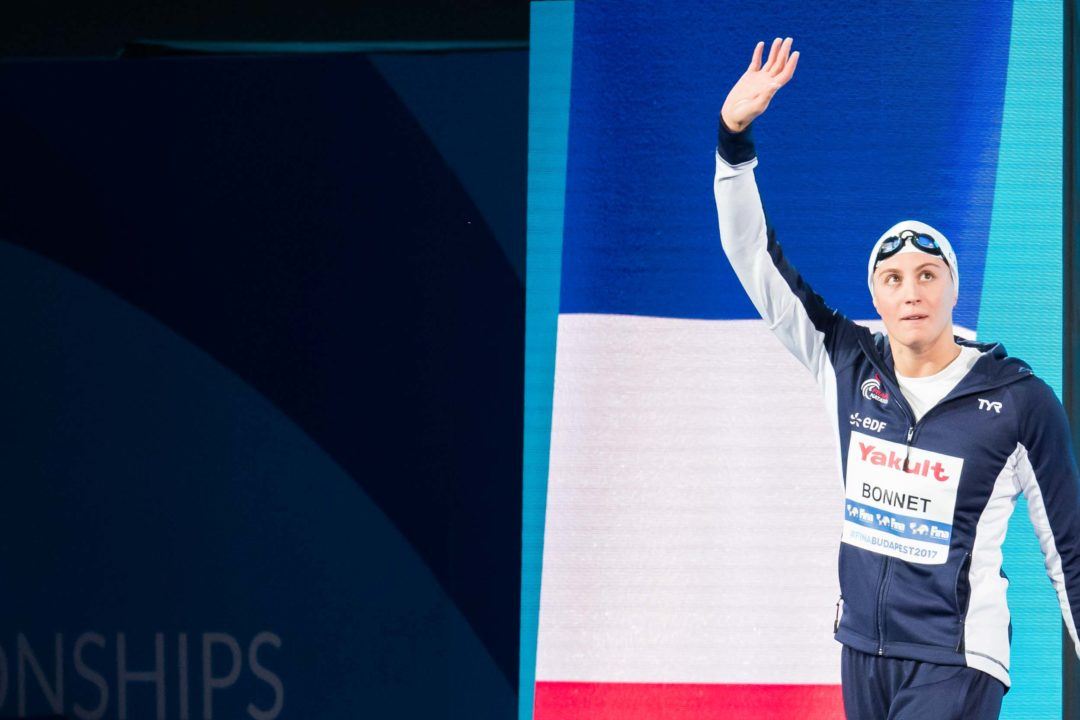 Three swimmers officially booked their tickets to the 2022 World Championships on the third day of competition at the French Elite Championships in Limoges Métropole, highlighted by three-time Olympian and 2018 European champion Charlotte Bonnet.

Bonnet, 27, clocked her fastest 200 free time in three years to dominate the championship final, touching in 1:56.47 to get more than two seconds under the qualifying standard of 1:58.66.

Although Bonnet’s time of 1:56.88 from the Tokyo 2020 Olympic Games would’ve qualified for the Worlds team regardless, her spot in Budapest wasn’t official until this final concluded (with the other swimmers able to leapfrog her if they beat her and managed to get under the cut).

Pigree was in position to qualify in the 100 back on Wednesday, having been 59.88 in December, but was denied after both Emma Terebo and Moluh went under the cut in the final.

In addition to those three new qualifiers, we saw Maxime Grousset and Hadrien Salvan add the 100 free to their schedules after winning the men’s 50 fly and 200 free, respectively, earlier on, while Moluh added the 50 back to her lineup.