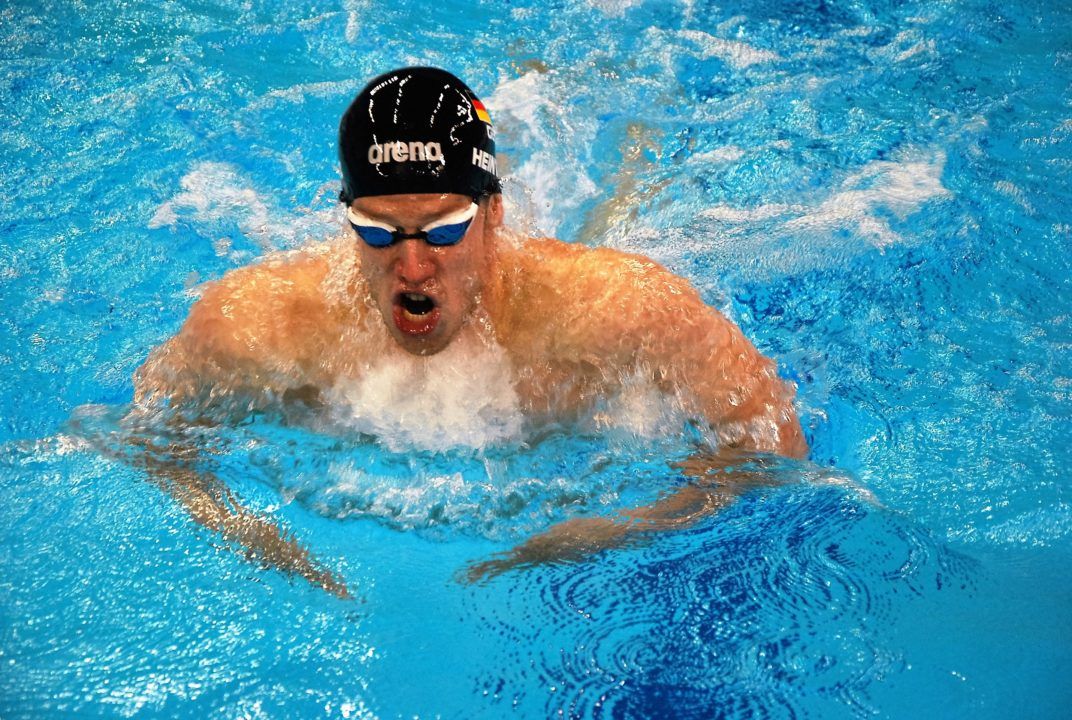 It's no secret that the men's 200 IM is set to see a massive power shift with the absences of three icons who had hogged the international medals between them for the past 15 seasons. Archive photo via Daniela Kapser

Up top, a note: there’s no doubt that in historical terms, there’s no swim this week that challenges Sarah Sjostrom‘s 52.08 100 freestyle from Canet. It’s two one-hundredths off of a world record and the third-fastest swim in history. It’s an absurdly fast swim, arguably the best of the year so far. But considering we featured Sjostrom for that exact event in last week’s Swim of the Week, it’s hard to shed much more light on her freestyling prowess, which has gotten plenty of coverage over the past few weeks.

So, in the interest of not copy/pasting last week’s Swim of the Week copy, we’re doing what our Swim of the Week is so good at doing: potentially infuriating some commenters by looking instead for new content and context by featuring a different swim from the past week that has it’s own intriguing context.

It’s no secret that the men’s 200 IM is set to see a massive power shift with the absences of three icons who had hogged the international medals between them for the past 15 seasons. Michael Phelps has won the past four Olympic titles in this event. He’s retired. Ryan Lochte has won the past four World titles in this event. He’s suspended for the summer. Prior to Lochte’s win streak, Phelps had won three straight World titles himself. Meanwhile Thiago Pereira won bronze in 2013 and silver in 2015. He, too, is retired.

That means a combined 18 medals from the past 7 World Champs and 4 Olympic Games have exited the field for 2017’s 200 IM, opening the door for the next wave of great IMers to rise.

With that in mind, Germany’s Philip Heintz might be putting together his own rise at the perfectly opportune moment. The 26-year-old was an Olympic finalist in Rio, but despite setting a national record, couldn’t rise higher than 6th overall. But last week, Heintz exploded for a 1:55.76 that shredded his previous national mark by almost two seconds. He also became just the 7th man in history to crack 1:56 in the race.

For reference, that time would have won silver in Rio (though that race was admittedly a pretty tactical affair in which the top swimmers seemed more concerned with racing their competitors for a medal). Heintz is now the world leader by three tenths of a second and a top medal contender for this summer’s World Championships in Budapest.

You can see video of his race here, courtesy of JDizzlebro on YouTube:

Rio race was a weird one, if Pereira and Locthe did not decided to catch Phelps from the beginning the 2 of them would go for Silver/Bronze with a sub 1:56 probably or 1:56 low flat. Locthe semi time would be silver, Pereira semi time was almost the Bronze time.. Hagino was only 1:56:6 for silver.

Good choice, particularly that Sarah S is receiving plenty of attention (& rightfully so).