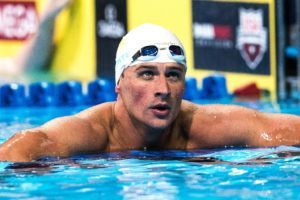 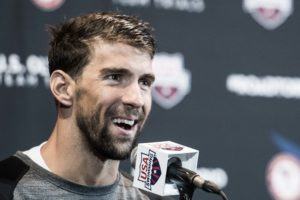 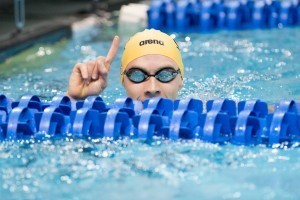 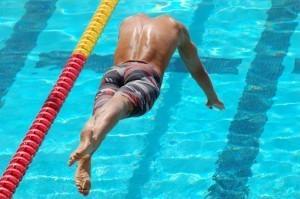 Matt Grevers of Tucson Ford at start of 50 free prelims.

With tonight’s 3rd-place 200 back finish, David Nolan has never finished outside the top 4 in an individual event at the NCAA Championships.

Adam Hinshaw
Born Sept. 14, 1993 in San Jose, Calif., Adam Hinshaw is a senior at the University of California, Berkeley. Hinshaw has an athletic family – his father, Brad, swam at UCLA, his brother, Ben, swam for Cal from 2010-2013, and his eldest brother, Ryan, swam for Indiana. Originally from Saratoga, Calif. Hinshaw attended Saratoga High School where he was a 10-time All-American. He maintained a 4.0 GPA in high school before setting his sight on the Haas School of Business. As a top 10 recruit in the class of 2011, Hinshaw checked out other universities including Indiana, USC, Virginia, and Georgia before signing with Cal. As an age group swimmer for Palo Alto Stanford Aquatics Hinshaw obtained numerous Pacific Swimming records as well as National Age Group records.

2012-2013
Hinshaw went after more school records his sophomore year at Cal. He obtained Cal’s second-fastest time in history in the 400 IM and the program’s fifth-best time in the 500 freestyle. At the NCAA Championships Hinshaw earned Honorable Mention All-America honors in the 400 IM and 500 freestyle after touching 10th and 12th, helping the Bears finish to a national title.

International Competition
Hinshaw has been a member of the USA Swimming National and National Junior Team. At the 2010 Junior Pan Pacific Championships in Hawaii Hinshaw placed sixth in the 800m freestyle. He also swam the 200m and 400m freestyle events as well as the 400m IM as well as the Open Water 10k.