Bilis Doubles Up On Sprint Free, Sidlauskas Gets It Done In Lithuania 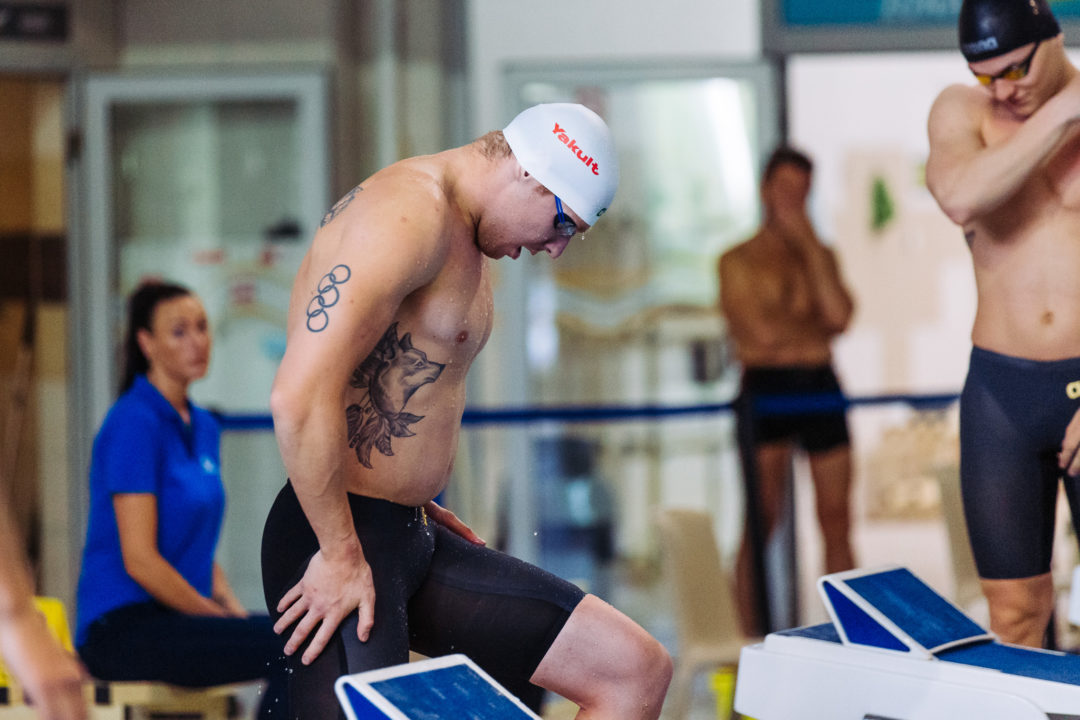 Former NC State weapon Simonas Bilis took his 2nd gold in as many days at the 2019 Lithuanian Open Swimming Championships. The 25-year-old multiple national record holder clocked the fastest men’s 50m freestyle time tonight of 22.32 to represent the only man of the field to dip under 23 seconds en route to the podium.

Bilis has already qualified for this summer’s World Championships by way of his 21.70 national standard mark registered at last year’s European Championships in a swim-off. He ultimately finished 5th in the Glasgow 50m free final in 21.97.

Also doubling up on wins here was Deividas Margevicius, who added a 100m fly gold tonight to add to his 200m victory from day 2.

This evening, however, Margevicius launched the offensive, busting out a wining mark of 52.88 to come within .01 of his own personal best he registered just last month. Tadas settled for silver in the final in 53.09.

Additional winners tonight included Kortyna Tetervkova, notching a FINA B cut in the women’s 200m breaststroke to finish in 2:28.99. She beat the field by over 13 seconds.

Andrius Sidlauskas, who has already qualified for the World Championships in both the 100m and 200m breaststroke, took the latter distance tonight in a solid 2:12.30.

that is a sick tat