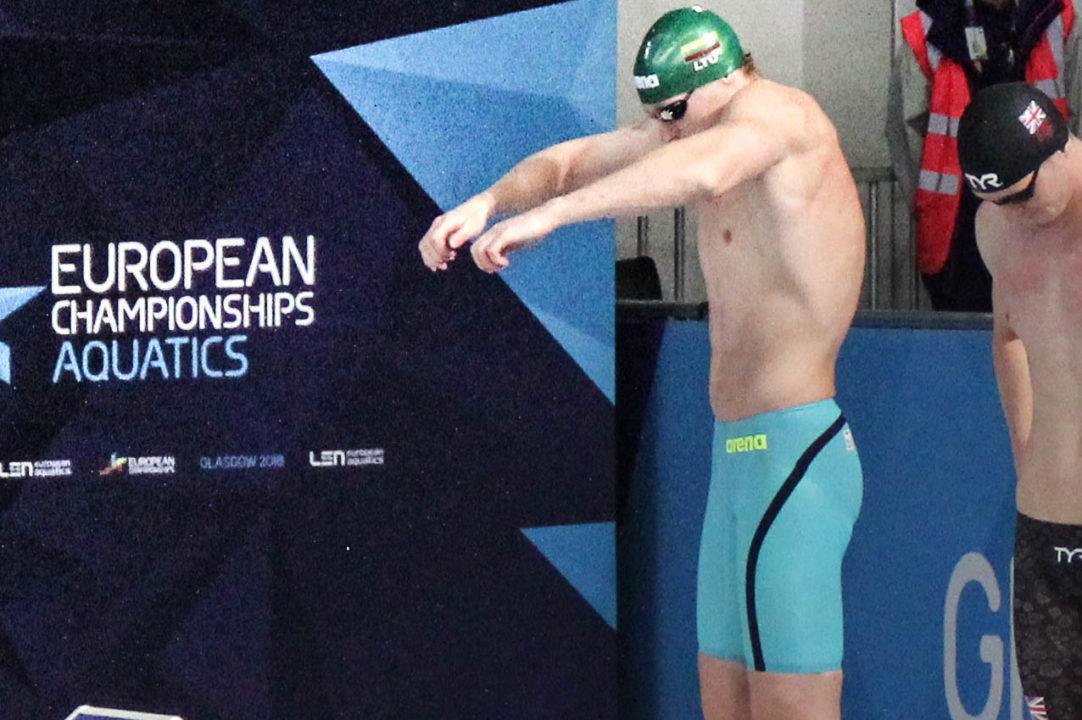 Settling for bronze in last night's 50m fly final during the first session of the 2019 Lithuanian Open Swimming Championships, Olympian Simonas Bilis got on the board with gold in the 100m free tonight.  Archive photo via Giusy Cisale

Settling for bronze in last night’s 50m fly final during the first session of the 2019 Lithuanian Open Swimming Championships, Olympian Simonas Bilis got on the board with gold in the 100m free tonight.

Establishing himself as the 2nd seeded swimmer behind last night’s 50m fly winner, Tadas Duskinas, Bilis clocked a morning swim of 49.97 to sit just .02 behind his countryman.

Tonight, Bilis represented the only man under 50, registering a winning effort of 49.50 to win by over a second. Duskinas wound up scratching the race.

Bilis has already automatically qualified for the World Championships in the 50m free with his time of 21.70 from earlier this season, while he’s also nailed a provisional FINA B cut of 49.00 previously in the 100m free. His time tonight also clears the 50.03 B standard.

Andrius Sidlauskas produced a winning time of 27.84 to take the men’s 50m breast, doubling up on his 100m breast in from last night.

Agne Seleikaite won it for the women, stopping the clock in 27.84 to represent the only racer under 28 seconds.

The men’s 200m fly saw Lithuanian National Record holder Deividas Margevicious get the job done for gold in 2:01.68, while Yana Ivashynka of Belarus won the women’s 50m back in 30.06.