Beyond The Lane Lines: That Michael Gunning Grind 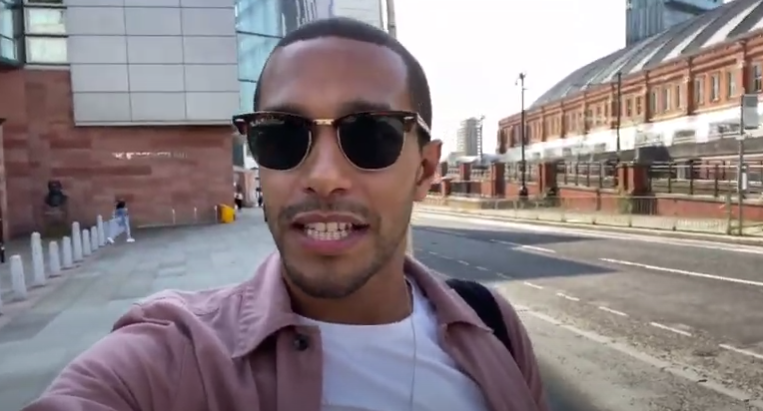 Catch up with some of the latest swimming stories from around the web, including an intimate look at Michael Gunning's daily grind. Current photo via Michael Gunning

“I was privileged to do the role on the Gold Coast back in 2018 and I learned so much working with other sports, Team Scotland personnel, while helping ensure the aquatics athletes and their coaches had the best possible experience to perform at their best during the Games.

“The Commonwealth Games are really special and I am looking forward to getting started.”

A 5-time Short Course World Championships medalist, 30-year-old Lowe retired in 2017 and shifted her attention to SwimPath – an online swimwear retailer that also provides coaching and swim camps. 28-year-old Jarvis was just named to the British Swimming Podium Performance Squad for the 2020/21 season.

And just like that ….
Husband and Wife for 1 week 🤍
Still feeling so lucky for the amazing, special day we were able to have.
Love you Husband 🤍@CalumJarvis #wedding2020 #husbandandwife pic.twitter.com/klN6FaZpfd

#3 Swimmers See Dogs in the Crowd

Farmington (MN) girls swimming and diving head coach Jen Marshall surprised her team at its first virtual meet last month. Sans spectators at the event to kick off the season, Marshall arranged for cut-outs and pictures of family members, including pet dogs, to look on from the stands to help energize the squad.

A team member commented on the unique situation of no spectators due to the coronavirus pandemic, “Usually we get to hear the crowd, but now it’s just us.” Swim Coach for the win, as the aquatic athletes are now at least surrounded by loved ones, both human and furry.

Due to COVID-19, some high school sports teams have had to put a PAWS on fans. @FarmLadyTigers got creative and put up cardboard cutouts of their dogs, parents and siblings to cheer them on. 🐶😂🙌🏊‍♀️

The organizing committee of the 19th Asian Games slated to be held September 10th – 25th, 2022 in Hangzhou, China has revealed its collection of sports pictograms.

The sports icons feature 59 disciplines in 40 sports and were designed over the backdrop of the “surging tide” theme of the official Asian Games emblem.

Evening celebrations and musical performances took place at the famous West Lake and the Qiantang River in downtown Hangzhou to commemorate the release.

There’s working hard and then there’s working hard while having fun, with Jamaican Olympian Michael Gunning falling into the latter category. Follow along with the 26-year-old butterfly ace as he awakes before dawn and grinds through his day, smiling all the while.

From home to the pool to the gym, get a glimpse into what makes Gunning tick, including what he eats and how he mentally approaches what goes into being a professional athlete.

“Sport is so rewarding and swimming is so much more than simply swimming laps of a pool… After this crazy COVID period of lockdown, it’s been so nice getting back to training properly, so I thought I’d give you an insight into the life of a professional swimmer!”, Great Britain-based Gunning said of his project.