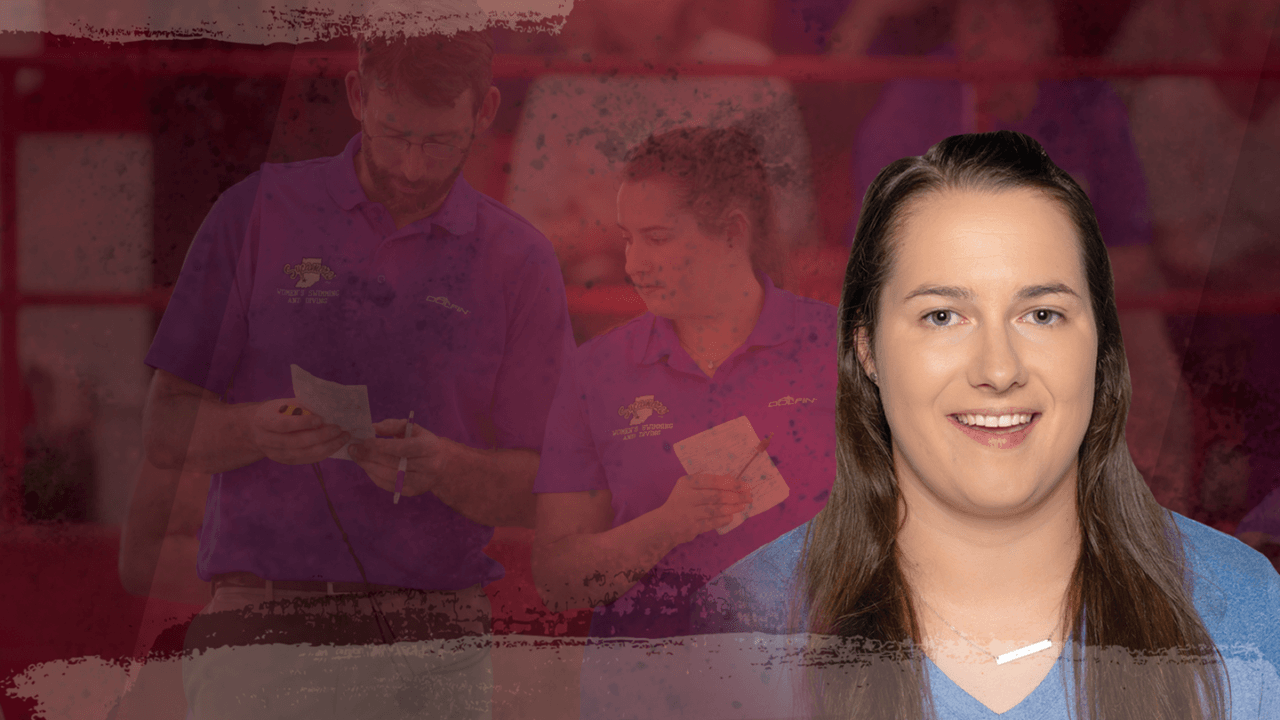 Freebairn has worked the past two seasons with Leach at Indiana State where Leach earned 2017-18 Missouri Valley Coach of the Year honors after guiding the Sycamores to a 13-win campaign and a record-setting team performance at the Missouri Valley Conference Championships. Freebairn helped ISU set school records in every event at the conference championships, highlighted by the program’s first individual conference champion. Nine Sycamores earned All-MVC honors including a trio of first-team selections. Out of the pool, Leach saw the Sycamores earn CSCAA Scholar All-American honors for the third straight semester, including the highest team GPA in the Missouri Valley Conference.

“It is with great honor to be introducing such an amazing person to our staff,” Leach said. “Bex Freebairn is someone that brings positive energy, dedicated leadership that reaches beyond the swimming pool and is someone that is hungry to continue to learn and grow. I have been very lucky to work with Bex previously so I know that she will be a great addition to our already growing staff and team culture. I believe our young program will be able to lean on our staff as we promote family first, academics second and athletics third. Bex was also coached by her father so she knows the demands that come with the job and the expectation that we have here at Washington State. Along with her drive in the water and on the recruiting trail, she is also someone that enjoys athletics of all varieties. It is my honor to welcome Coach Bex Freebairn to the Washington State Family.  Welcome aboard and Go Cougs!”

“I am very excited and extremely humbled to be a part of the Cougar family and ready to continue doing what I love in Pullman,” Freebairn said. “I would like to thank Coach Matt for giving me the opportunity, WSU senior woman administrator Anne McCoy for immediately being so welcoming and the rest of the athletic staff at Washington State for bringing me on board. I am excited for the challenge and I am dedicated to helping our Student Athletes be successful. Go Cougs!”

Freebairn holds past coaching and swimming experience in New Zealand where she competed nationally until her sophomore year of college where injuries forced her to stop competing.

The Pac-12 girls are world-class swimmers.

She’ll be trying to get her Cougs to compete with the superstars of college swimming.

This coach is a superstar! Well deserved, we at NC State love her!

Congratulations to both Matt and Bex. They leave huge shoes to fill at ISU! Announcement on new coach has been made check ISU website.