How To Get The 2018 College Preview SwimSwam Magazine

Get pumped up for the college season with the 2018 COLLEGE PREVIEW. Our theme is HOW TO BE A STUDENT ATHLETE. We also rank the TOP 50 NCAA SWIMMERS and we deliver our first POWER RANKINGS, projecting who will be the 2019 NCAA Championship teams. Current photo via Mike Lewis/Ola Vista Photography

The 2018 COLLEGE PREVIEW arrives in-home the first week of September, and it is nearly one pound. Our theme is HOW TO BE A STUDENT ATHLETE.  In this issue we hear from some of the greatest college coaches, who breakdown how you can make the most of your college experience. We also rank the TOP 50 2018-19 NCAA SWIMMERS, men and women. Finally, we deliver our first POWER RANKINGS of the season, projecting who will be the 2019 NCAA Championship team. A lot will happen between now and NCAA Championships, but this big, fat issue will get you started.

With your yearly subscription, you receive over 600 of pages of swimming’s highest quality content, and another 1,900+ pages of digital issues, going back to the first issue produced. 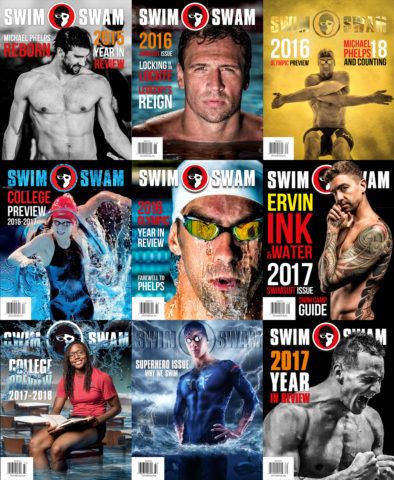 You want the Ella Eastin cover. We memorialized swim stars with beautiful covers you have to hold  in your hands to appreciate. 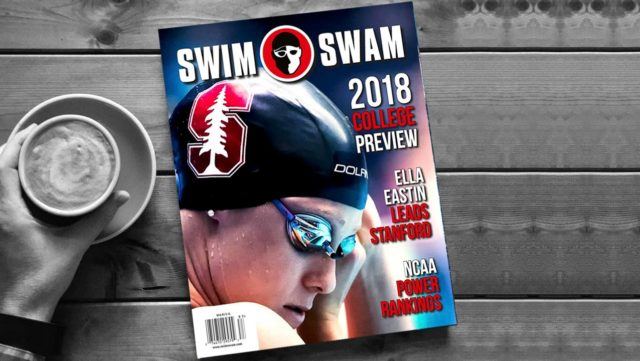 All issues have a big theme, one topic we cover in-depth.  The 2018 College Preview is all about HOW TO BE A STUDENT ATHLETE.

If you subscribe, you can also buy back issues.  On the subscription page, check the box by any of the back issues to add them to your order. ***Please note, our first issue, the 2015 Year in Review, has sold out. Going forward we will not print additional runs. Once an issue is sold out, it is gone and only available on our digital platform.  Printed back issues are limited to what is in stock.

The WOMEN IS SWIMMING issue, the TATTOO ISSUE, the 2016 OLYMPIC PREVIEW (Phelps cover), 2016 Year in Review (Phelps cover),  and the SUPERHERO issue are nearly sold out. 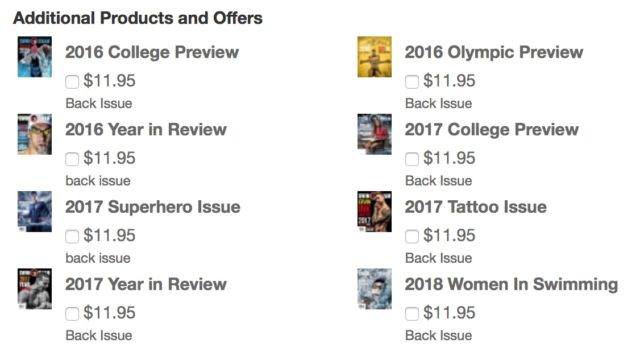 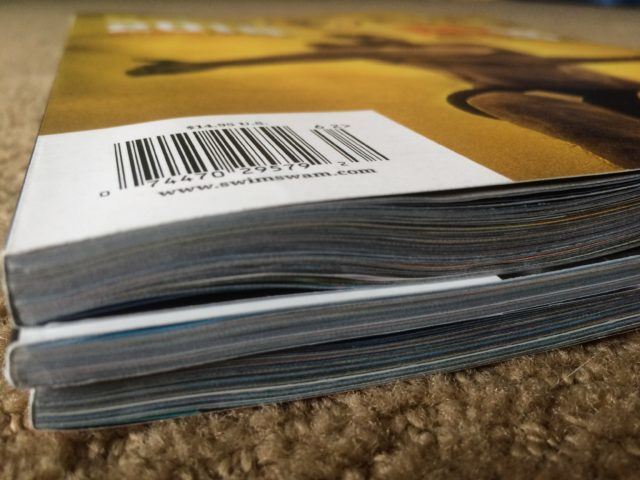 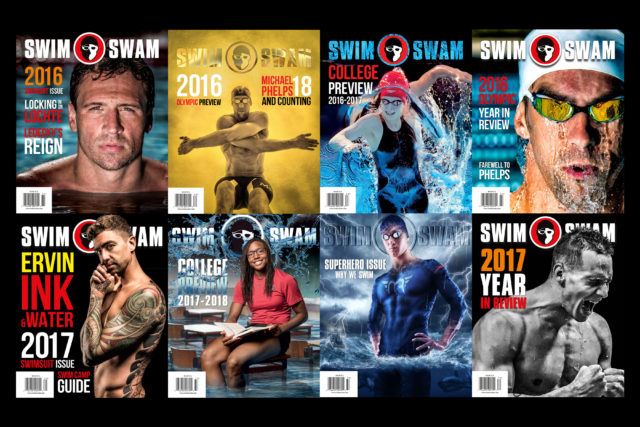