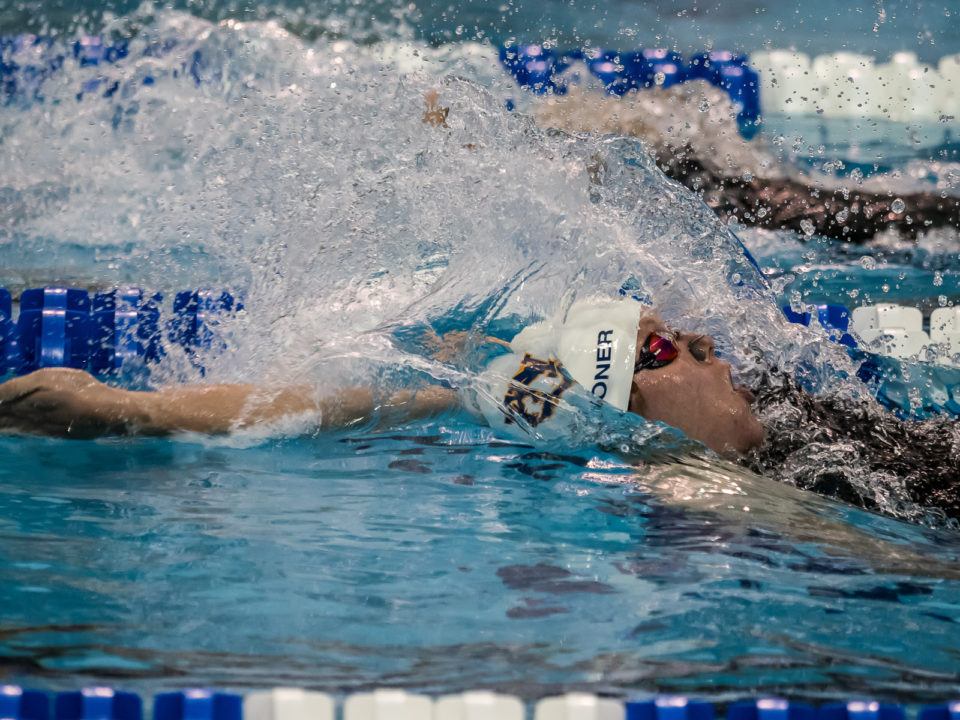 The Auburn swimming and diving teams will compete in their final dual meet of the fall on Friday when they travel to Tuscaloosa to face Alabama at the Alabama Aquatics Center. Current photo via Auburn Athletics

AUBURN, Ala. – The Auburn swimming and diving teams will compete in their final dual meet of the fall on Friday when they travel to Tuscaloosa to face Alabama at the Alabama Aquatics Center.

“We are excited and looking forward to taking on Alabama in their pool,” Auburn head coach Gary Taylor said. “I think there is going to be some fire and intensity and that’s what you do this for.”

Diving will begin at 2:30 p.m. and swimming will start at 4:30 p.m. The meet will be broadcast live on SECN+ and live stats will be available through auburntigers.com.

Auburn goes into the meet ranked No. 17 on the women’s side and un-ranked on the men’s side while Alabama’s women are ranked No. 23 and the men are No. 18. All four squads competed at last month’s Georgia Tech Invitational with Auburn’s women finishing second and the Alabama women third while on the men’s side Auburn finished sixth and Alabama fourth.

“Alabama is really good on the (men’s) sprint end but they also have some pieces middle distance and endurance-wise that have come through for them all season,” Taylor said. “Their women look like they have competed at a higher level this fall than we’ve seen from them in recent seasons. They are going to be a tough test.”

On the men’s side, where Auburn has competed just three times thus far, Auburn holds just one top-8 individual time in the conference, it coming from Josh Dannhauser in the 1000 free. Alabama meanwhile, which has competed at four dual meets as well as the Georgia Tech Invitational, has top-8 times in the 50 free (Robert Howard, 1st and Zane Waddell, 2nd), 100 free (Howard, 1st and Waddell, 6th), 200 free (Howard, 5th), 100 back (Waddell, 2nd) and 100 breast (Laurent Bams, 4th).