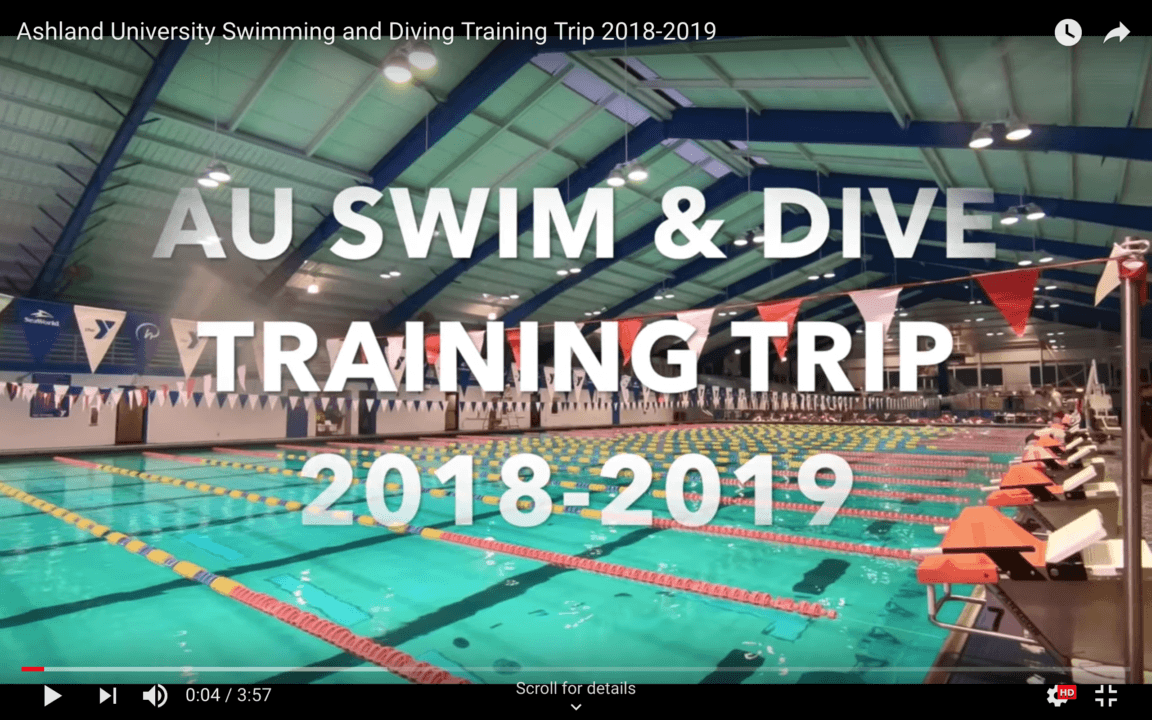 The Ashland Eagles completed their bout of winter break training in Orlando, FL and got to train at the Rosen... Current photo via Elizabeth Palmer

The Ashland Eagles completed their bout of winter break training in Orlando, FL and got to train at the Rosen YMCA Aquatic Center.

Here is a highlight video, edited by Elizabeth Palmer and the rest of the Ashland senior swimmers:

At the 2018 GLIAC Championships, both the men’s and women’s programs improved to fifth place finishes from the previous year.

Ashland started the 2019 meet season with wins against Tiffin and Ursuline on January 11th and Ohio Wesleyan on January 12th. A split Ashland squad did get defeated by Bellarmine on that same day.

Ashland can be seen in the pool next on January 18th against Malone and Urbana.