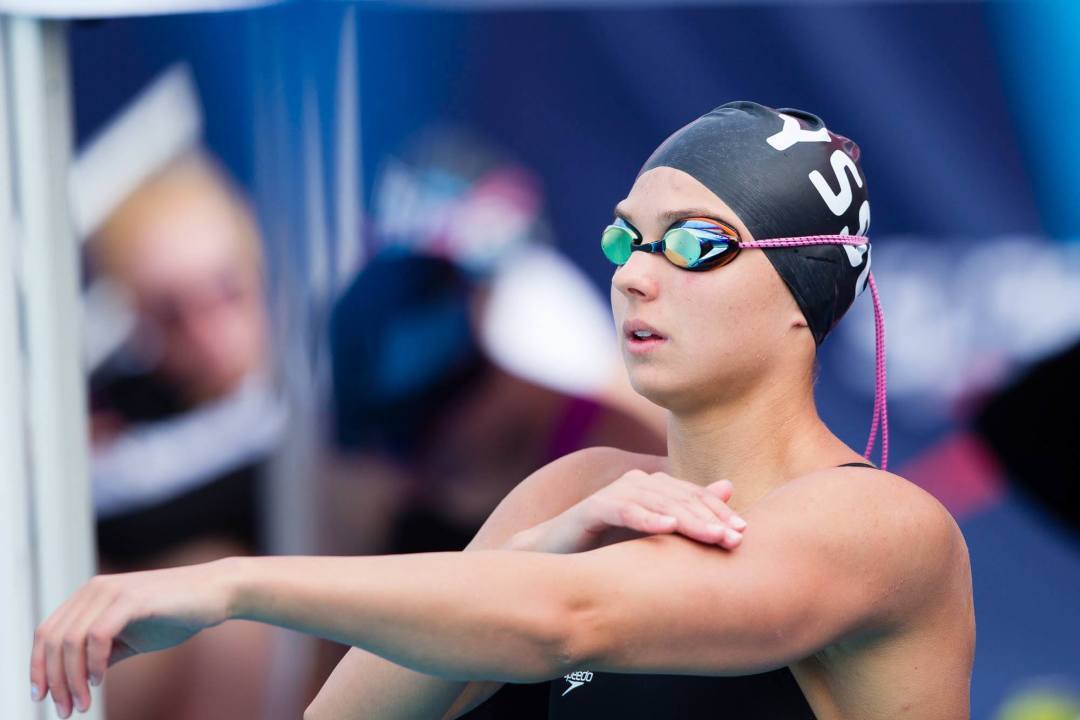 The Pac-12 has announced Arizona sophomore Katrina Konopka as the recipient of its Pac-12 Swimmer of the Month award. Archive photo via Tim Binning/TheSwimPictures.com

The Pac-12 has announced Arizona sophomore Katrina Konopka as the recipient of its Pac-12 Women’s Swimmer of the Month award for December. Konopka recieved the award for her performances at the Texas Invitational and 2016 Short Course World Championships.

Shortly after the invite, she travelled to Windsor, Canada to compete at Short Course Worlds with Team USA. There, she was a part of the USA’s 200 medley relay that won gold in World Record time. She also earned gold for playing a role in prelims of the 400 free relay.

Congrats, Chloe Isleta for the nomination! ????