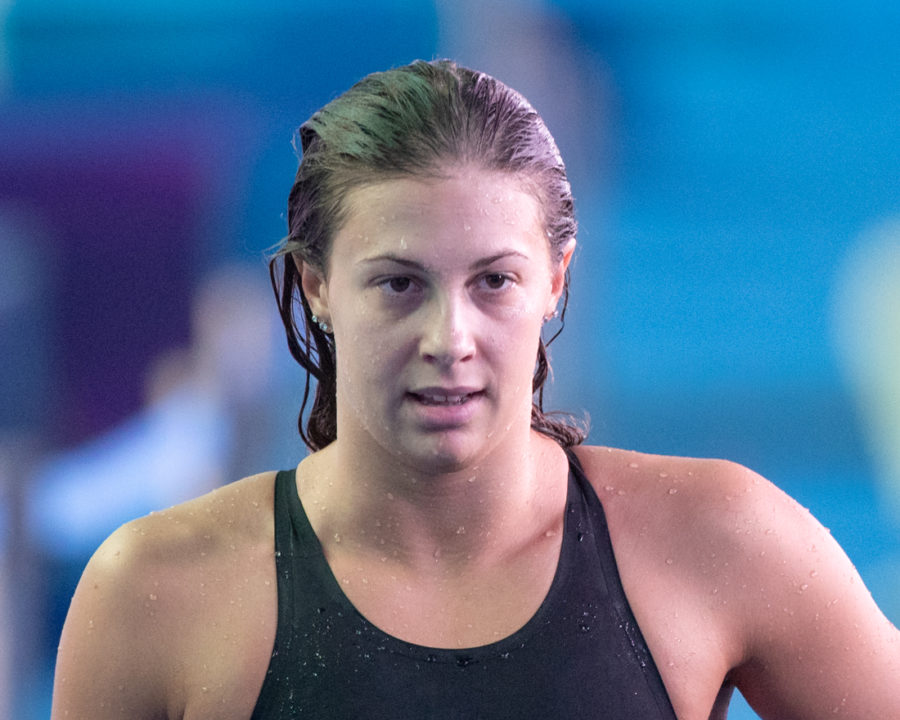 History was made on Saturday morning at the International Swimming League meet #3 of the 2020 season, but not in a good way.

For the first time in league history, a team has taken a 4 point penalty by swimming an empty lane. The ding came when Aqua Centurion’s Arianna Castiglioni no-showed the women’s 200 breaststroke race after experiencing pain with the abductor muscle in her hip during warmup.

Castiglioni also won’t swim the women’s 400 medley relay at the end of the session. That’s in spite of the fact that the 23-year old, after no-showing the 200 breaststroke, swam the 50 breaststroke and tied for 4th place in 30.43.

The no-show also allowed Kelsey Wog of the Toronto Titans to steal Castiglioni’s 1 point by the Jackpot rules. The Titans finished the day in 3rd place and Aqua in 4th, so that 1 point hurts even more.

Aqua Centurions are currently in last place in the meet by over 40 points. That comes after finishing 4th in their first meet, and puts them in a big hole on their quest to finish in the top 8 teams and make the semi-finals.

While there are limitations on the number of active swimmers (14) and active swimmers in individual events (12) in a meet, teams are allowed to replace injured swimmers. With a letter from a doctor, ISL rules allow teams to swap a swimmer out for one of their inactives.

Castiglioni is part of a loaded Italian breaststroke group that will fight for spots on next year’s Olympic team. She is the defending European Championship bronze medalist in both the 50 and 100 breaststrokes in long course meters.

Did you just read the headline?

Did you even read the article? She had hip abductor muscle pain.