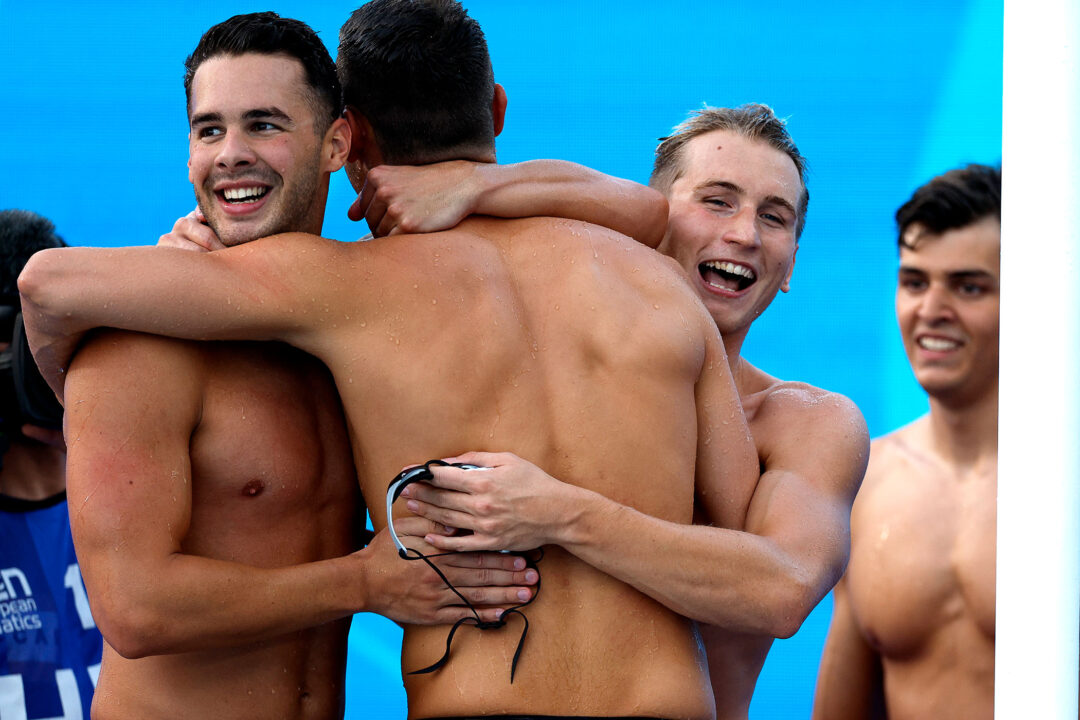 Coming into the 2022 European Championships, it had been 68 long years since the Hungarian men had won a relay title.

On the men’s side, Hungary had only ever won the 4×200 freestyle relay, doing so three times, with the last coming in 1954. Two of those victories happened to come in Italy (1927 in Bolgona, 1954 in Turin), so perhaps it was an omen that coming at the 2022 championships, held in the Italian capital of Rome, the Hungarians men were among the pre-race favorites in the 4×200 free.

They were the second-highest finishing European nation in the event at the World Championships, and the lone team that finished ahead of them, Great Britain, would be missing half of their Budapest lineup.

But once the gun went off, it wasn’t the Brits who appeared to be one of Hungary’s challengers for gold. Switzerland grabbed the early, and then at the halfway mark, France had opened up a nice lead, with Hungary and Italy trailing behind.

At the final exchange, France led by nearly a second on Italy, with Hungary a few more one-hundredths back in third.

But diving in for Hungary was Kristof Milak, who exploded from the jump, flipping with a blistering opening 50 split of 23.18, putting them into the lead.

A sensational race in the 4x200m Freestyle, with Kristof Milak finishing strong to secure gold.

Joined by Nandor Nemeth (1:46.28), Richard Marton (1:47.01) and Balazs Hollo (1:47.67), Milak and the Hungarians not only lowered their National Record of 7:06.27, set by the same quartet at the 2022 World Championships, but they also won the country’s 100th gold medal in the history of the European Aquatics Championships.

“It was easy to finish it off like this after my three fantastic buddies did a brilliant job,” Milak said after the race. “This was a great race and we all feel great to win Hungary’s 100th European Championship gold medal in swimming.”