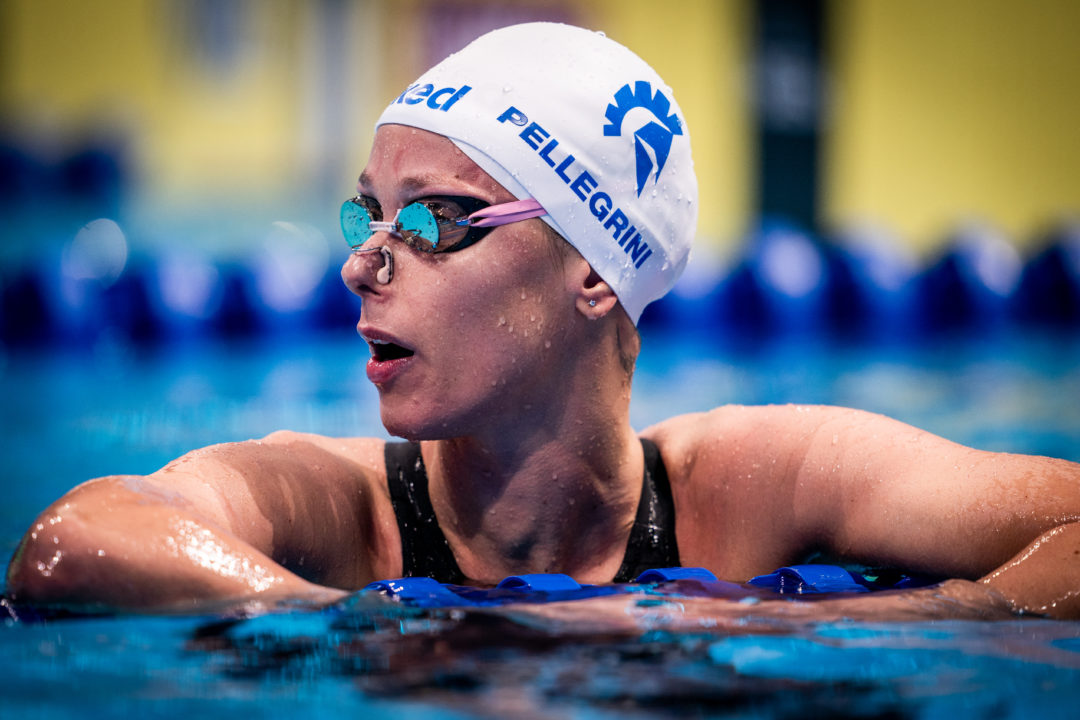 Federica Pellegrini's ability to join her Aqua Centurions late in the season wasn't enough to slot the squad among the top 10 moving on to the post-season. Current photo via Mine Kasapoglu for ISL

For the second week in a row, we saw concurrently run International Swimming League (ISL) matches, with all but the DC Trident and NY Breakers in action over the past 2 days. We already reported how DC Trident was mathematically precluded from joining the post-season party, but we now know who the other team will be that will have to sit on the sidelines in Budapest.

First, to review match #9’s results, Energy Standard took a decisive win with 573.5 points, while runners-up Tokyo Frog Kings reaped 428.0 points to keep a narrow lead over Iron. Takeshi Kawamoto‘s progression into the fly skins final against ENS’ Chad Le Clos, shutting out any would-be Iron points scorers, was a key gamechanger in the final event of this match.

Moving on to match #10, it was the Cali Condors who got it done in first-place style, collecting 558.0 points over the next squad in line of the LA Current, who amassed 495.0 points. American Caeleb Dressel was once again another key reason why the Condors won big, anchored by teammates Beata Nelson, Lilly King and more.

With the regular season now done and dusted, below are the final points standings league-wide through ten matches of ISL season 2. The Italy-based Aqua Centurions join DC Trident as the bottom two teams whose season has officially ended, while the newest ISL members of the Toronto Titans and Tokyo Frog Kings both safely to live another match.

They could have used Magninis help

I think the isl should restructure its finals and semis format. I think if its more like high school/ collegiate format, the disparities between teams will be less of a factor in terms of retaining excitement for the season The way its set up now, you could almost be sure before the season got halfway done about which teams would be out. I think this provides incentive to stack teams, and when there’s such a gap between some it can almost be unexciting to watch Now if you can have a top 8 swimmers in the league final, then it gets a bit more exciting. For one, swimmers who are on fire who would otherwise be cut from the season,… Read more »

I thought about this as well, but since the ISL is mainly about teams, that would defeat that purpose. I guess they dont want it to be run the “traditional” way, which is fine. I think some other teams just need to work harder on recruiting as well.

Colleges are teams too, i think they can be set up similarly