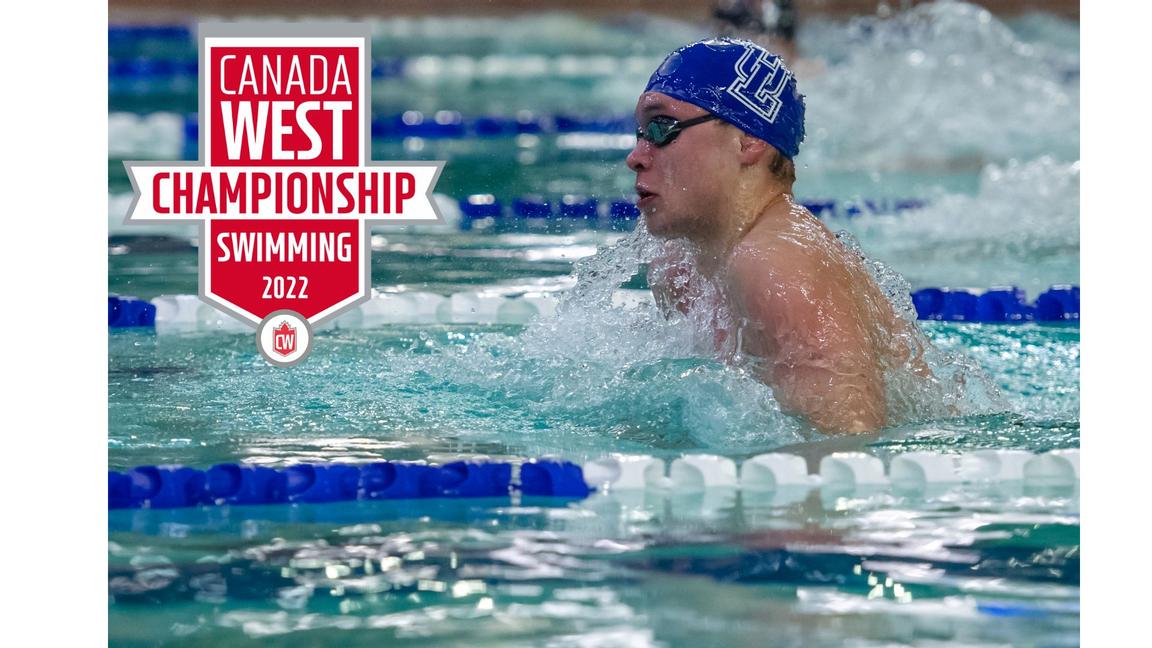 Lethbridge's Apollo Hess shaved .02 seconds off his own Canadian Record in the 50 meter breaststroke (short course) at the Canada West Championships. Current photo via Lethbridge Athletics

Apollo Hess kicked off the 2022 Canada West Championships with a new Canadian Record in the 50-meter breaststroke on Friday.

The 2nd-year swimmer for the host University of Lethbridge team won the 50 breaststroke in 26.63, which shaved .02 seconds off his own

He swam 26.63 in both prelims and finals, tying his own record of 26.65 from the U Sports Championships in March.

Hess later added a personal best time of 58.55 to win the 100 breaststroke.

The Canadian men are currently a breaststroker away from a medal-contending medley relay. Hess, who has been 1:01.94 in the 100 in long course, is better in short course, and is part of a trio of 2002-born swimmers who made up the 2nd-4th place rankings in Canada’s rankings in 2022 (Justice Migneault and Gabe Mastromatteo swam matching 1:01.75s). James Degousoff swam the breaststroke leg at this year’s World Championships, splitting 1:01.06. That relay finished 11th and missed the final.

Canada West is one of four regional university athletics championships in Canada. Unlike in the American collegiate system or in the rest of U Sports, Canada West holds their conference championship meets mid-season, with the U Sports Championships not beginning until February 24.

The Men’s 50 Meter Backstroke event saw UBC’s Blake Tierney tie a CW record. Tierney’s time of 24.45 draws him even with fellow Thunderbird Markus Thormeyer, who broke the previous record in 2018.

“Unlike in the American collegiate system, conference championship meets in Canada are held mid-season”

﻿This isn’t true. Only CanWest has their conference at mid-season. The remaining conferences (AUS, OUA and RSEQ) have theirs in February.