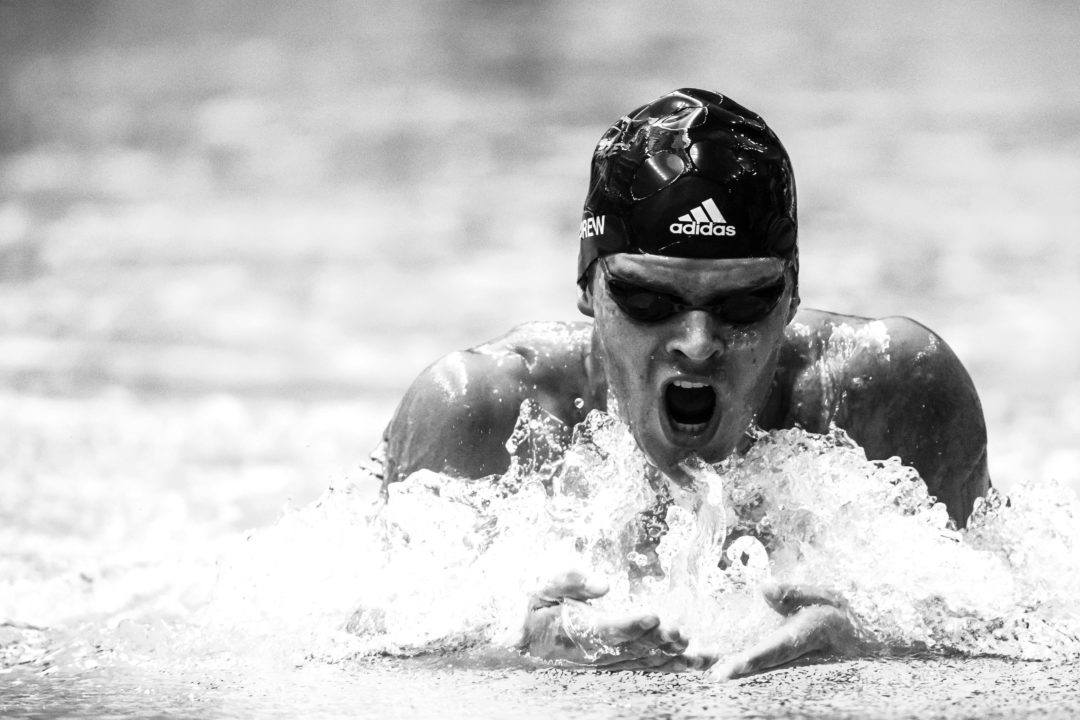 American Michael Andrew and Japan’s Rikako Ikee each earned Male and Female Swimmer of the Meet honors at the 2017 FINA World Junior Championships in Indianapolis.

The swimmers of the meet are determined using a points system. Check it out below:

Andrew lit up the 50m races over the six days, winning the sprint free, back and fly events to compile 15 points. He added four with a pair of bronzes in the 50 and 100 breast, and had four junior world record swims for eight additional points to give him a total of 27. He broke the record twice in the 50 fly, and added one each in the 50 free and 50 back (he tied both records during the meet, which doesn’t count as a new record in terms of points). Andrew also won this honor in 2015.

Hugo Gonzalez of Spain placed 2nd among the men with 19 points, tying Andrew for points based on place but losing out with no records. Gonzalez won gold in the 100 back, 200 back and 400 IM, and added a silver in the 50 back and a 4th in the 200 IM.

Kristof Milak of Hungary was 3rd, as he won the 100 and 200 fly and took bronze in the 50 fly. Both of his wins were registered as junior world records, giving him an extra 4 points, despite the fact he was off of his “unratified” records set earlier this summer. American Andrew Abruzzo, who should’ve finished ahead of Milak with a sweep of the 400-800-1500 free, was 4th overall.

Men’s Swimmer of the Meet Points

Women’s Swimmer of the Meet Points

Ok the points system, but, looking at the Senior level, great news from Russia.
Girev (2000) was my personal swimmer of the meet, and adding Minakov (2002) and Kuimov (1999), Russian team will have three fantastic additions in the next few years.
And Russian mens relays will get really strong.

We were talking about GBR being US main threat but a Relay of Rylov/Kolesnikov (If their 200 power translate to 100), Prigoda/Chupkov, Mikanov/Kuimov and Girev could be deadly by 2020 if all them are on top of their own game..

Regan Smith would be runner up if her mixed mr split counted as a wjr. Or if she was 0.01 slower in the individual 100 bk.

Also, incredible that with all her sprint speed, Ikee is also wjr holder in… 200 IM. Take notes, Michael!

WAS the WJR, meaning in the past. Present tense would be IS.

MA was outstanding. I was also extremely impressed with Gonzalez. I expected Milak and Martinenghi to do well. Also, I consider Taylor Ruck as American. I don’t mind that she competes for Canada, but she came here at 10 months.

I was impressed with Ikee and Pignatiello on the girls side. I expected R. Smith and Oleksiak to do well.

I would not consider as close to WR due to reasons (Such as Ledecky/Peaty WR), but as how close that time is to be a medal

But best swims:
I am divided etween Regan Smith 100 back and Delfina 1500 free on Girls Side
On Boys side Milak 200 Fly easily

I know this is based on points, but If I had to choose an Overall swimmer of the meet (Olympic events only) I would go for Regan Smith/Delfina and Girev/Milak

Kristof was 3rd in the 50 fly, there’re the two remaining points.

I was expecting a bit more(in a matter of times) from Ikee.
Liking Andrew or not, his range in the fifties is nothing short of amazing.Aside, Dressel, his 50 free is over a second faster of what the likes of Adrian, Cielo, Fratus and Manaudou did at the same age.
It looks Auburn team will have a solid guy in Gonzalez.

That’s normal though. It would be a bit concerning if juniors were getting slower over time.

we will still have a nice meet close the year – Yippi . He hand our hands full this year with the Us trials , WC in Budapest , Wugs and junior World champs .

The next SCM World Championships are in Dec 2018. I hope we get to see MA before then. 😉

Well deserved for all of them. Way to bounce back for MA.

Agreed. I guess we will never know, but every once in a while, I wonder what Andrew could really do with a coach like Nort Thornton. Tremendous talent.

Or Troy or Durden or Marsh !!

If he could handle the training, and I do think he could adapt, Troy and the staff at Florida would make him into a man. There would be no question about him being able to finish a 200 IM. He should at least give it a shot. Clearly they can train 50 freestylers and 200 IMmers.

Agreed – through is evident deception on the 200 IM , he bounced back beautifully ( specially those 3 rounds of the 50 free )