Alongside His Successors, Anthony Ervin to Swim Through the Olympic Quad 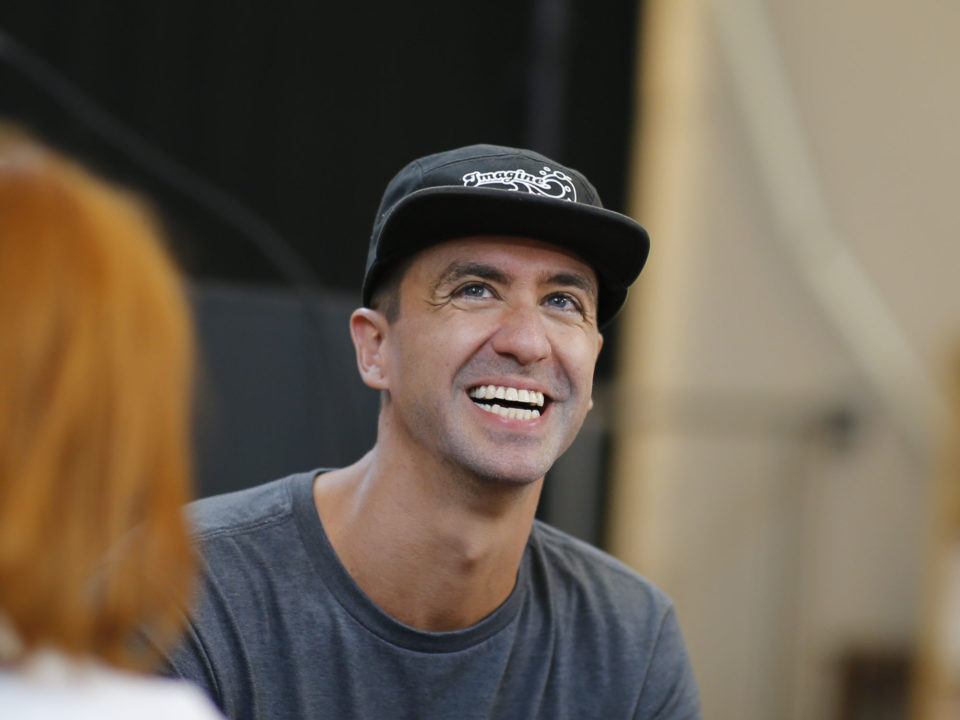 Olympic champion Anthony Ervin has his sights set on finals at the 2020 Olympic Trials. Current photo via Tim Binning/TheSwimPictures.com

The first was in May during prelims of the Speedo Grand Challenge – he went 24.13, almost 3 seconds slower than his lifetime best. In finals that night, he was 23.85. Two weeks before Nationals, he was 23.19 in prelims at the 2018 Los Angeles Invite.

He showed up to Nationals with a sizable beard, and his emerging gray hairs further highlighted the age gap between him and USA Swimming’s current wave of surging youth. Shaved for his Sunday swim, he went 22.74 in prelims, then opted into a swim-off to be a B-final alternate. He won in 22.68, but later scratched the final.

The immediate reaction was that this might be the end of the line for Ervin, whose presence over the past 20 years has always loomed large. But that is not so.

“I wanted to break 23,” Ervin said. “And I did. Twice – bonus swim-off. I wasn’t really expecting that, but I couldn’t turn that down.”

While breaking 23 might sound unremarkable for someone who’s been 21.40, for where he’s at in life and in training, it was just right. Ervin, whose personal life has tended to remain that way, was honest that his focus has been outside the pool as of late.

“I don’t want to go into too much detail, because it’s not really part of my public life, but life is a complex thing. And in the buildup to the Olympic dream or the Olympic moment, you find ways of paring off the rest of life so that you can focus in a narrower path,” the always-cerebral Ervin said. “But, once that’s been done – and I received an immense amount of support doing that – I had some debts I wanted to go pay off. So I’ve been working on that. And it doesn’t always mean that I get to be that very focused, specialized tool or weapon that I need to be to be the best out there in the water. At least when it comes to a pure time metric.”

But his life isn’t all about times anymore. It’s about being a father to his daughter, and a mentor and advisor to Team USA’s next generation. It’s a tough transition for any athlete to make, but just as he had a system in place during the height of competition, so too does he have one now. “It’s hard,” he said. “But still, I’ve got good support and there’s still a path forward.”

And part of the path forward includes giving back that support to the rising youth, and having confidence in their contributions to the sport. But he is adamant about doing that from in the water beside them.

“Evidence even of last year, with the next generation of swimmers, the new veterans – swimming’s in a good place in the internationally competitive sense. And I want to make my way to the end of the quad just so I can see those guys off. I think that’s a special thing if I can be in the final to shake their hand – whoever does go [to the Olympics],” Ervin explained.

“And I want to believe the contributions I can still make are not necessarily going to be from swimming as fast as I can, but maybe just from the human-to-human level. Perhaps I can contribute in the leadership sense. So being on the pool deck, and being in the pool, is a way that I can do that that you can’t if you’re a coach or somewhere else outside the epicenter… Actually being in the pool or on deck is irreplaceable.”

So how does he go from just trying to break 23 to his ideal end of being a finalist at Olympic Trials in 2020? It starts with getting organized.

“This [current state] is definitely the low bar for focus. So I’ve got a lot of things I’ve got to sort, and only once those other things are sorted will I even feel comfortable – will I have the morale – to focus in the pool,” he said. “I’ve got to get my life in order.”

Ervin has shifted to being process-oriented, rather than goal-oriented. And trusting the process is about trusting in the small steps.

“Generally, you do the best with the time you’re given, and that’s all I’ve ever done. I’d like to think I’ve always had realistic goals. Even so far as when I came in here,” he said. “I feel like I’ve got a keen eye on what I’m capable of doing at any given time. When it comes to 2020, obviously I’ll have a better read on what I’ve done and what I believe I’m capable of. Suffice to say, I don’t want to world to throw such things in my way that I feel I have to give up.”

It’s hard to imagine an obstacle that could deter one of the sport’s most legendary sprinters, given what he’s already faced, and Ervin certainly isn’t one to speculate. “Let’s not invoke demons,” he said.

For now, Ervin is just enjoying the ride. As he watched the first four days in Irvine, he had time to reflect on the coming of his heirs apparent.

“Life is a continual process of arrival. It’s exciting to see what they’re doing. I mean last summer, I watched it just from the internet, and what Caeleb did was phenomenal. And you know, come here, and there’s a little bit of head-scratching going on,” said Ervin. “Michael Andrew is finally showing – well not finally – but it’s certainly a big surge. So it’s exciting times. And also different. It’s not the same-old, same-old.”

While his competition has largely changed, Ervin’s position as a wild card has not. It’s hard to know at any given time where in the world he might be, but we can’t forget that he pulled off one of the sport’s greatest comebacks in 2016, so it would be foolish to fully count him out. But he does plan to keep his home base in San Diego with Team Elite.

“David [Marsh] is my coach, and I talk to him even if I’m not in San Diego. He has tabs on what I’m doing. And as well, I talk to Dave Durden, and I talk to Mike Bottom. I have deeply personal relationships with these guys as well,” he said. “So I don’t see any of that changing. The intention is to be rooted in San Diego. At least near enough by – striking distance.”

And so, as he always has been, in striking distance Ervin will remain – both in the pool and out.

Darra Torres did it. Although I don’t think he’ll beat MA or Dressel at Trials, he could still get a 21 50 free.

When you said “he”, were you referring to Caleb or Dara?

He’s a sprint legend. So much faster than the other 50 free sprinters over the water. Give him Dressel’s start in 2016 and he goes sub 21 in Rio. Natural talent.

As a pure sprinter I rate him above anybody else. Anybody. It would be great to see him race once again in Tokyo 2020.

He will do many more great things in life.