All in the Family: Monahans Put Together Medley Relay at Masters Nats 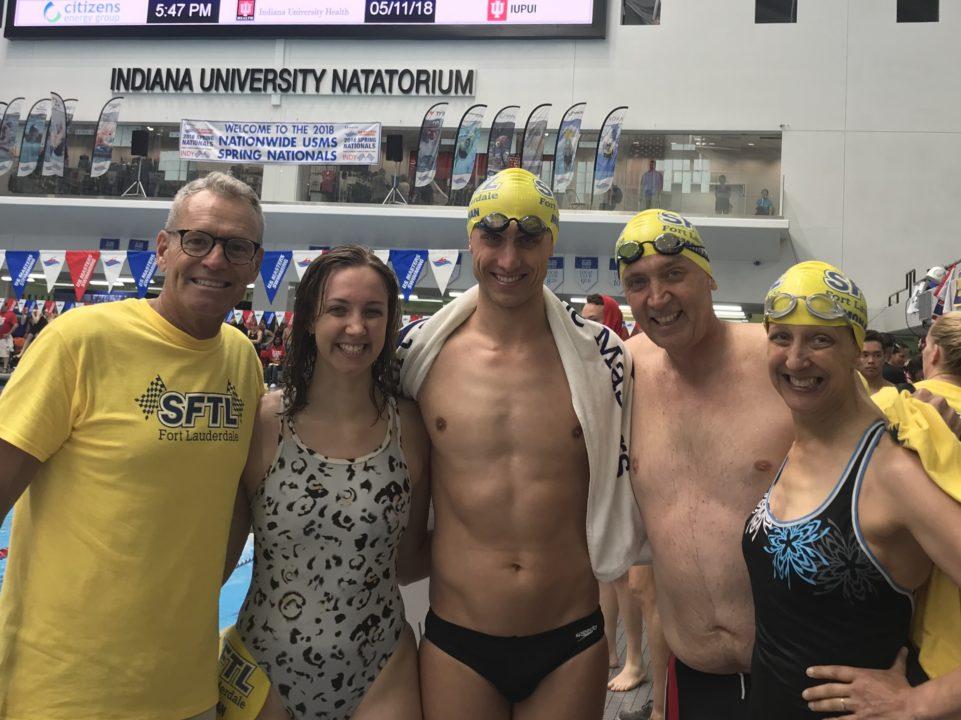 When it comes to swim families, the range of parental involvement is wide: there’s everything from Caeleb Dressel‘s parents, who generally don’t talk about swimming with him, to Michael Andrew, who is coached by his dad, to Gary Hall Sr. and Jr., who were the first father and son pair to each make three Olympics.

Somewhere on that spectrum lies the Monahan family, who competed as a medley relay team at the 2018 US Masters Nationals in May.

The foursome – siblings Megan and Sean with parents Becky and Jim – converged on IUPUI Natatorium at different stages in their swimming career.

The idea for the relay came when about Becky and Jim visited Sean and his masters team, Swim Fort Lauderdale, and attended a practice led by coach Marty Hendricks. Becky broached the idea of a family relay, and Marty said he’d make it happen.

Fast forward to May, and the family stood behind the blocks together in matching caps reading “Monahan” at IUPUI Natatorium, set to swim the 200 medley relay.

Becky told SwimSwam: “All in all we swam our best, tried our hardest and met some of the most amazing people around the globe!”

There were 6 Birnbriches at Masters Nats, from their ages I would guess 2 brothers and their kids. Some of the kids names sounded familiar… Ohio State rings a bell, maybe?

Anyway, that was sure a fun meet. Lots of cool little moments like this too.

Thanks for articles like these. Staying up on the best/fastest is always interesting/exciting – but swimming is about healthy lives/fun. Articles like this help keep that perspective.