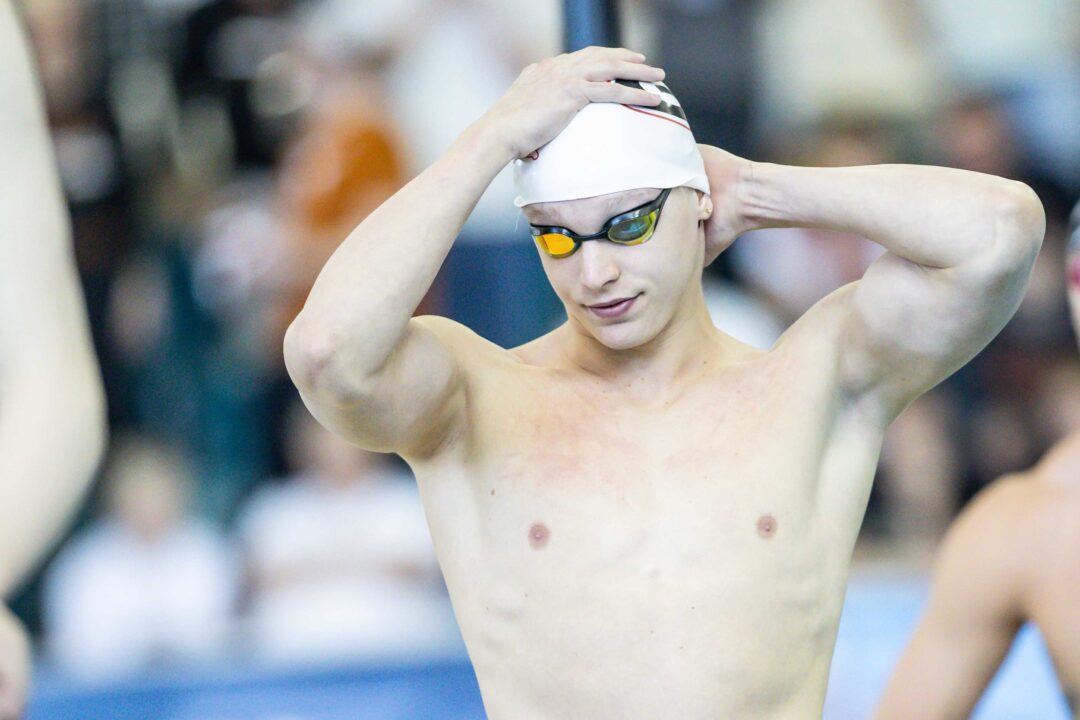 South Africa's Matt Sates will only have one session off at the Commonwealth Games, as he's entered in six individual events and four relays. Archive photo via Jack Spitser/Spitser Photography

The Commonwealth Games will be Matt Sates‘ 13th high-level meet since September 2021.

The 18-year-old has done the FINA World Cup circuit and the Mare Nostrum Tour, with a stint in the NCAA in between. He raced at South African Trials and most recently, competed at Worlds. Sates planned a slight taper for Budapest, but came down with an illness at staging camp prior to the meet. Despite the illness, he qualified for his first Worlds final in the 200 IM, where he finished eighth.

Even with a busy last 12 months, Sates is not taking things easy in Birmingham. He’s been open that his focus this season is the Commonwealth Games. To that effect, he’s entered in a whopping six individual events, plus four relays.

Even if South Africa opts to rest Sates during the prelims relays, he will still have at least one race every session except the morning session on Day 5.

Even for the rising star, this is a lot of swims, and he’ll have to manage himself well throughout the week in order to remain competitive for the 200 IM and the medley relay on the last day of the meet.

This spring, Sates set lifetime bests in every individual event he’s racing except the 100 fly.

Sates faces fierce competition in all of his individual events, but his best chances at medaling will likely come in the IMs. He holds the third-fastest time in the Commonwealth in the 200 IM and fourth in the 400. However, not all of Sates’ competition have placed the same emphasis on Comm Games that he has, so we could see him fighting it out in the finals of the mid-distance freestyle events, too.

The next Michael Phelps

why the downvotes? this is clearly a (very justified) slight on the swimswam contributor article that hyped matt sates up as such

So should I draft him again?

They should! Obviously smaller and less continent based. Perhaps 4 men and 4 women, one per country per gender max?

combine the british teams into 1 category to make the picks more competitive, and obviously balance the relay points this time

Pick Scott if you can

Pretty similar to Duncan’s and both were sick before Words. Big lineups for them.