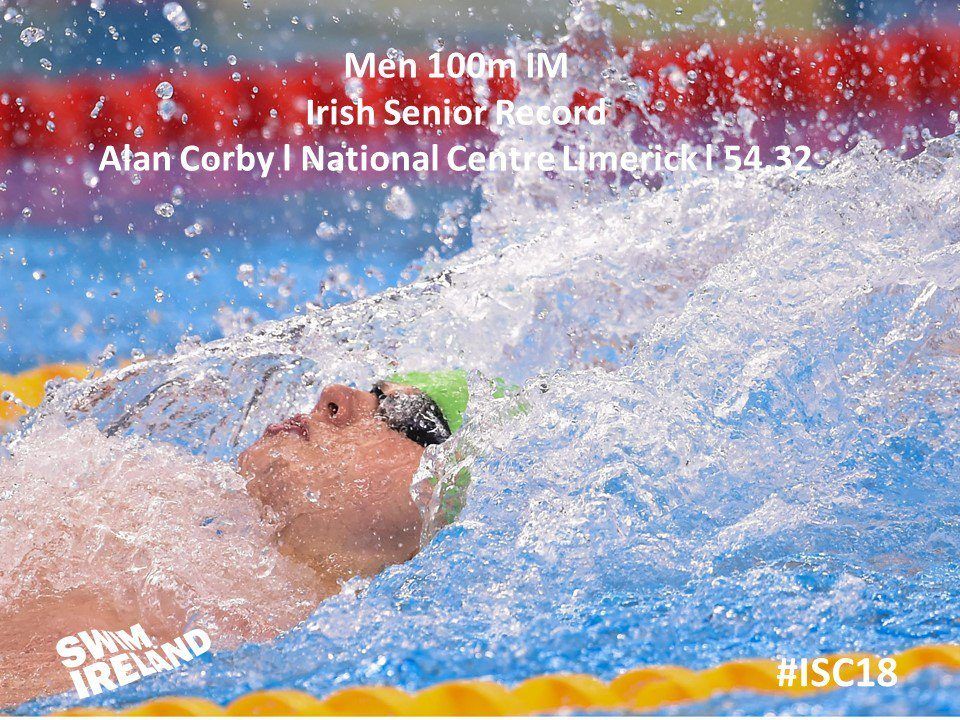 After producing a new National Record in the women’s 100m IM this morning, 18-year-old Mona McSharry got the job done for gold in the event in tonight’s final.

After having clocked a new national standard of 1:00.34 in the heats, the breaststroking World Junior Champion was slightly slower in the evening, but still golden in a winning effort of 1:00.43.

The men’s 100m IM also saw its National Record go down today, courtesy of Alan Corby. After snagging the 4th seed of the morning in a time of 58.32, the The National Centre Limerick athlete fired on all cylinders tonight to take the gold in 54.32. That mark comfortably overtook the previous Irish national standard of 54.88 held by James Brown since 2016.

An Irish Junior Record was also broken on the night, with City of Belfast’s Michael Hewitt‘s performance in the 100m butterfly. Producing a time of 54.31 Hewitt claimed silver, while also shaving .3 off of his own record set at Swim Ulster Championships last month.

Taking gold in that men’s 100m fly tonight was John Higgins, who touched in 53.31 for the win.

Jack McMillan of Bangor followed up his 200m IM Irish Senior Record from night 1 with a Junior Record tonight in the 400m freestyle. Headed into this competition, the 18-year-old’s previous personal best rested at 3:47.09. But in Lisburn tonight, McMillan dipped under the 3:47 for the first time, topping the podium in 3:46.43.