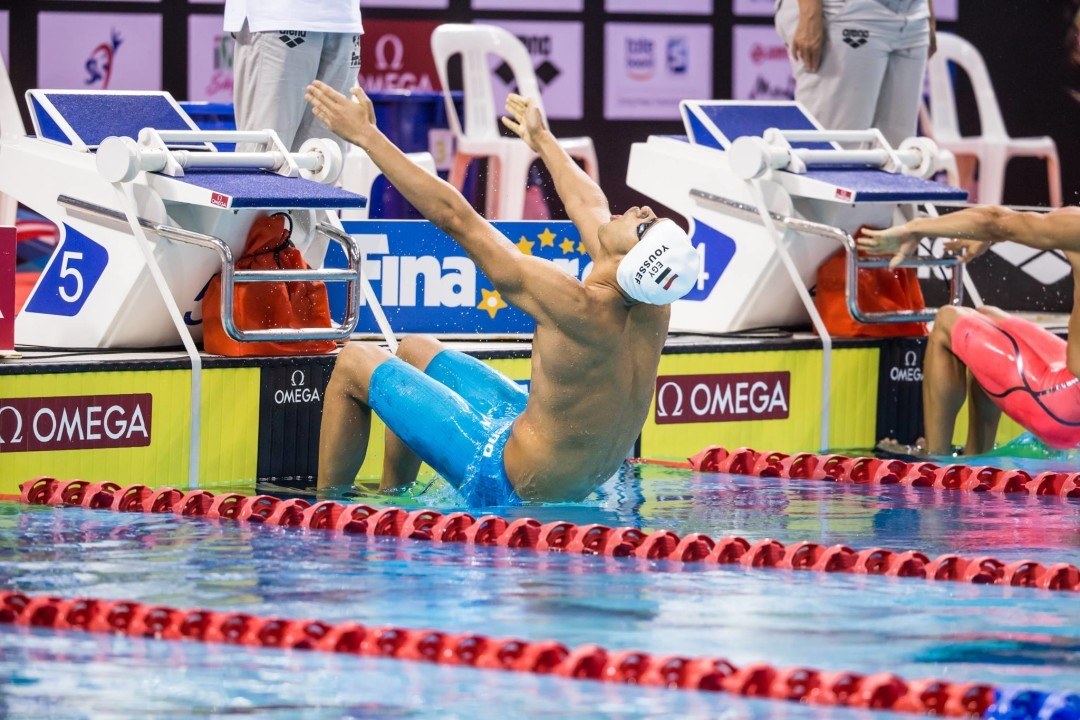 The Egyptian men broke their national 4x100 medley relay record on the final day of the 2017 World Championships, completing a sweep of all three national relay records this week. Archive photo via Tim Binning/TheSwimPictures.com

The Egyptian men broke their national 4×100 medley relay record on the final day of the 2017 World Championships, completing a sweep of all three national relay records this week.

That’s the 9th national record set at this meet by Egyptian swimmers, 7 of them on the men’s side. Egypt has been rising steadily over the past several years, and are threatening to push South Africa for the position of most dominant team on the continent. Currently, South Africa has better top-end talent and better depth, but as Chad le Clos and Cameron van der Burgh age and pare down their schedules, it’ll be worth watching to see if the Egyptians can surpass the South African medal total at any major meets in the next few years.

Here’s a recap of all the Egyptian records set in the past 8 days: