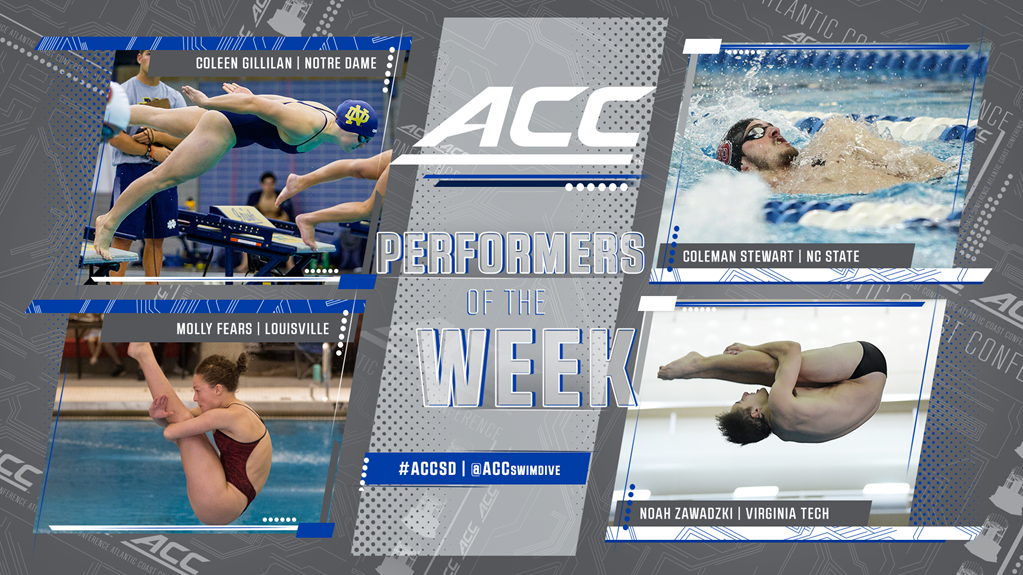 A freshman from Fort Collins, Colorado, Gillilan won all four of her races to help Notre Dame top Purdue over the weekend. She posted NCAA B cuts in the 100 and 200 butterfly and the 200 IM, while also swimming with the first-place 200 medley relay team.

A native of York, Pennsylvania, Stewart won all three of his races to help NC State defeat South Carolina. The senior took first in the 100 fly, 100 freestyle and 100 backstroke, recording an NCAA provisional time in the 100 fly.

Zawadzki won both the springboard events in Virginia Tech’s win over George Washington. The sophomore from Greensboro, North Carolina, scored a 375.68 in the 1-meter event and a 404.33 in the 3-meter competition.