7 Big Things from Us & You: Day 2 of Arena Pro Swim Series at Austin 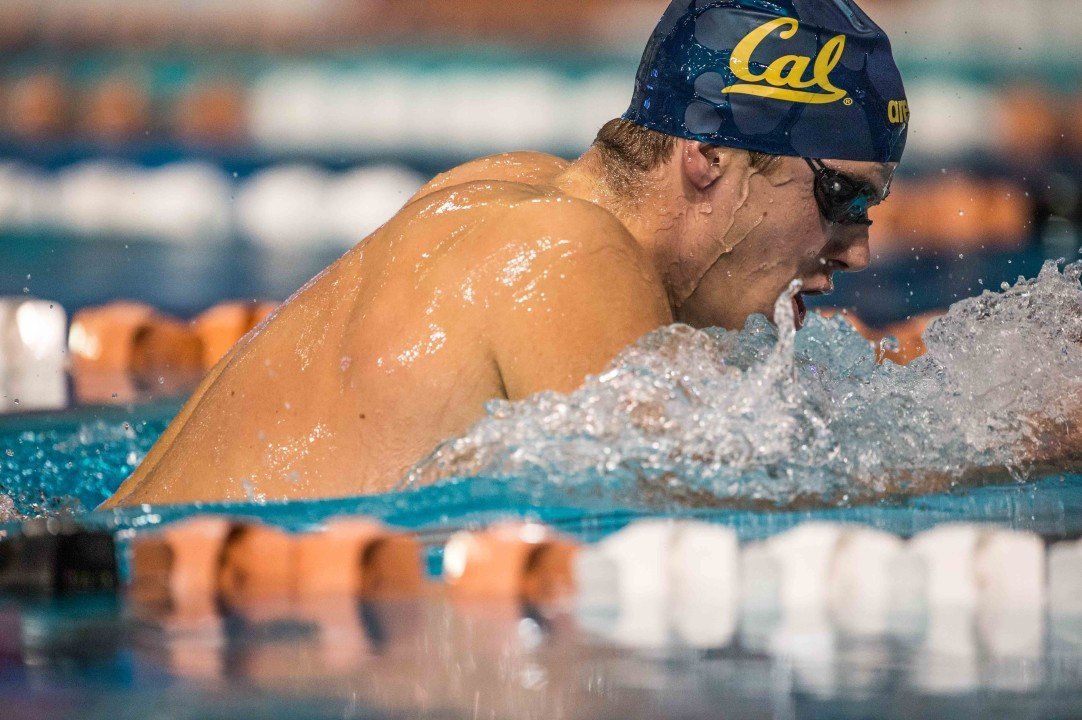 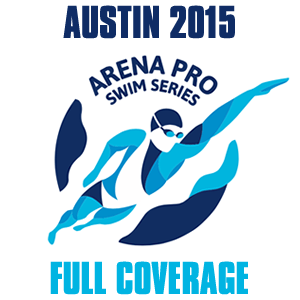 The second day of the Arena Pro Swim Series at Austin is in the books, and some of swimming’s best have provided high entertainment so far. Here are 6 big things we noticed, and 1 you pointed out in our comments section:

1. Beisel loving the pro life: It’s been less than a year since Elizabeth Beisel wrapped up her NCAA career and officially joined the professional swimming force, and she’s already proven to be a near-perfect fit. The versatile Olympian is leading the Pro Swim Series in points and seems to be thriving in a more “professional” meet schedule. Her 400 IM tonight was a huge win over World Cup and Short Course Worlds star Katinka Hosszu. That 4:36.71 bodes very well for how Beisel could swim over the remainder of the summer, with a huge showdown against Chinese Olympic champ Ye Shiwen looming at Long Course World Championships.

2. Statement meet for Prenot: Cal’s Josh Prenot is making some major waves in Austin, and his 400 IM win on the men’s side was nearly as impressive as Beisel’s. The college junior outswam Olympic champions Tyler Clary and Ryan Lochte tonight, proving that he belongs not just near the top of the NCAA, but the top of the international and professional scene as well. Prenot was coming off of a 200 breast win on night 1, and is still undefeated in action in Austin so far.

3. Gutsy swim from Taylor Ruck: Scottsdale Swim Club (AZ) 14-year-old Taylor Ruck nearly pulled off the upset of the night in the women’s 200 back. In a stacked field, Ruck suddenly rose to the top at the 150 mark, leading Olympians from multiple nations with just a length to go. Ruck very nearly held on for the win, getting passed by Canada’s Dominique Bouchard and Beisel in probably the final 10 meters. Nonetheless, Ruck still dropped 1.8 seconds off her lifetime-best, and cut nearly 3 full seconds off her previous PR between prelims and finals. A very impressive night for the young Canadian.

4. Rough double for Clary: It’s always a gamble for a swimmer to take on a tough double, and occasionally it comes back to bite them. That was the case for Tyler Clary tonight, as the Olympic gold medalist tried to pair the 400 IM and 200 back. Clary was barely nipped by Prenot for the IM title, then faded to 6th in the backstroke, the race he won at the London Olympics. A look at his splits tells the whole story:

Those are some major dropoffs on the final two splits, compared to the field leaders, who stayed right around 30 seconds the entire way. Still, at this point in the season, Clary can chalk this night up as a couple of training swims, knowing his major focus meet is still a ways away.

5. What do 400 IM results mean for Lochte? A long-awaited return to the 400 IM for 2012 Olympic champ Ryan Lochte ended in a third-place finish and a 4:18.68. It’s still unclear if Lochte plans to add the event to his regular event lineup or if he viewed it as a training swim. On the one hand, the rise of swimmers like Prenot, Chase Kalisz and even Clary combined with Lochte’s 30-year-old body could make it difficult for Lochte to make the U.S. Olympic team even if he wants to swim the event. On the other hand, Lochte actually led the race in Austin after the butterfly, and only really lost track of the top two during breaststroke. With Lochte still coming off of last year’s major knee injury, there’s reason to believe his breaststroke might still have some rust. If he can improve that split to its former glory, Lochte’s 400 IM prospects would look much more promising.

6. Big night for the Cal Bears: We noted last night the showdown between the college men from California and Texas, probably the top two teams in the NCAA right now. Texas placed more swimmers in the A and B finals here last night, but Cal struck back in a big way on day 2:

Where Texas benefited from their strongest event, the 100 fly, last night, Cal came up big in the 200 back on day 2. Adding up the two days, things are close as can be, with Texas putting 8 A’s and 2 B’s and Cal just outdoing them with 8 A’s and 2 B’s.

*Note: numbers include Joseph Schooling in the 200 free. Schooling qualified third but scratched the final.

Wow, I know it’s January but Hosszu hasn’t looked so tired in a long time. Is her heavy schedule over the last few years beginning to show or are these just January blues? We’ll see

Our take: January certainly isn’t the worst time to be a little broken down. But Dee points out a very key fear with Hosszu, and that’s that her year-round successes and aggressive event entries will actually sap her training time and energy, hurting her chances at major meets like this summer’s Worlds and next summer’s Olympics. We’ll all have to stay tuned to find out the eventual outcome of this one.

I didn’t watch live day 2 so I’ve just watched some A-Finals on youtube and I have 2 or 3 things to say: 1. Beisel and Leverenz looked very good. Beisel knows she now needs to improve a lot her butterfly if she wants to play the gold medal in Rio. She has the 3 other strokes. She has the endurance. And she’s a great fighter. She has to work her butterfly 24/7 in the next 18 months to improve it by around 2 seconds. 2. Good 1.56.91 for Mr Murphy but not amazing after his 100 free PB on day 1. I expected 1.55 something. Impressed by Grevers’ performance. He looks ready for a great 100 back today. Conger… Read more »

To the man or woman who downvoted me, instead of doing that, you should rather reply and argue.
Much more interesting than using that useless tool.