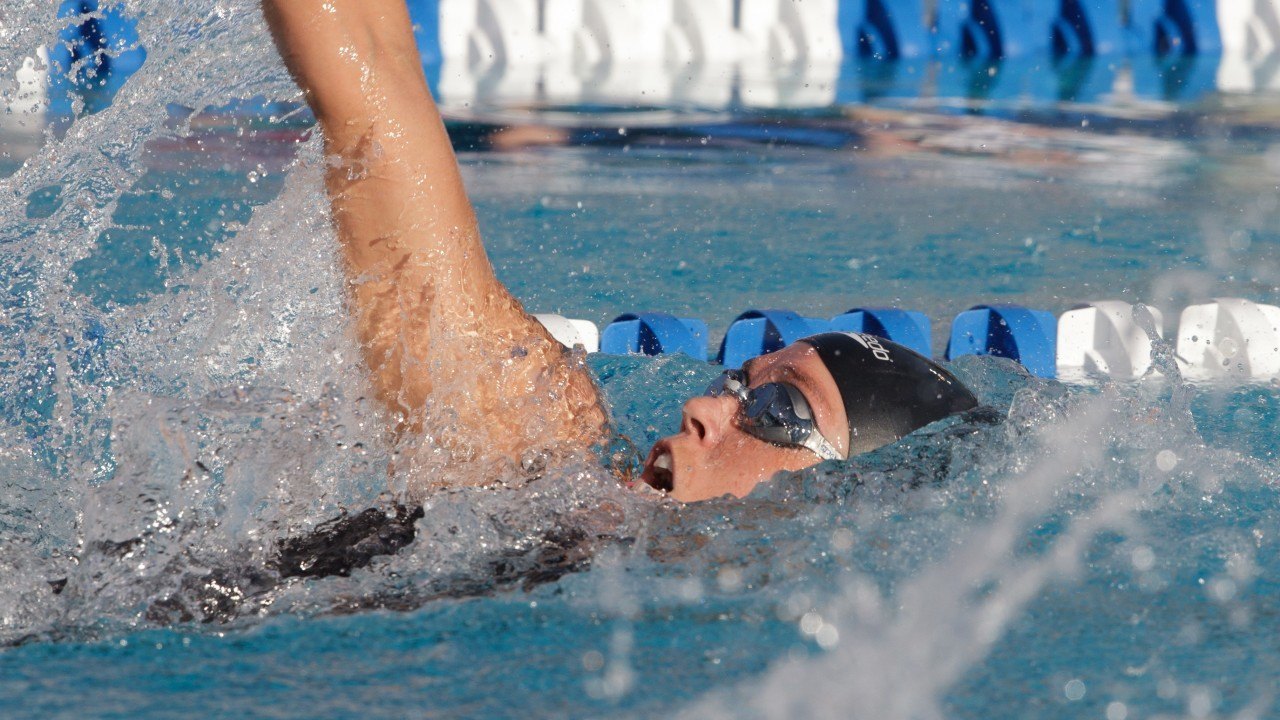 California Aquatics' Natalie Coughlin swam her best time in the 100 backstroke since the 2012 Olympic Trials on Friday. Archive photo via Tim Binning/TheSwimPictures.com

Three-time U.S. Olympian Natalie Coughlin won’t officially begin competition at the 2015 Arena Pro Swim Series – Charlotte meet until Saturday, and has entries in the 50 free, 100 back, and 100 free. Unofficially, though, she began her meet on Friday with a time trial in the 100 long course meters backstroke, where she swam 1:00.08. That ranks her 9th in the world so far in 2015.

After basically dropping the event when she failed to make the 2012 Olympic Team in the 100 backstroke, over the last 6 months, Coughlin has begin to reacquaint herself with the event that made her famous 13 years ago when she became the first woman ever under the 60 second barrier. This is already the fourth meet of 2015 that she’s swum the race in long course meters after not swimming it once between June of 2012 and January of 2015.

This swim is Coughlin’s best since making a comeback to the stroke, though it was aided by the newly-implemented starting wedges.

What a longevity at the highest level!
If she wants it really, she could play the second place at olympic trials next year behind Missy Franklin. So open for that second qualifying spot. If it will be decided around 59.50, then Natalie would have her chance. Same chances as Pelton, Bootsma, Baker or Bilquist. I don’t forget that I’ve picked at the moment Amy Bilquist for that second spot. But everything can change until Omaha.
It would be great to see her qualify for her 4th olympic games. But in my opinion her best chance is in the 4X100 free relay.

I really think it’ll take more to make the 100 back. A sub 59 will be necessary, just think that it took a 59.2 to qualify in 2008 (where coughlin was 58.9). Besides Franklin, Baker is improving rapidly and Bootsma has been fantastic in yards and I agree that Bilquist has huge potential so competition will be huge for her in that event. Also the thought that the biggest competitors at the 2016 OT in the 100 back will be training together is incredible, imagine those sets!

If 2016 is Natalie’s last olympics, it would be very cool to see her come full circle with the event that she revolutionized. I’ve been a big fan of Natalie since she smoked the minute barrier in the 100 back at Fort Lauderdale nationals in 2002.

And I’m still waiting for the video of that legendary race since then! 😆

She would have made the Kazan worlds with that time its a pity she didn’t race the 100back at trials last year, however at Olympic trials next year it will be a dog fight with the likes of Bootsma, Pelton, Kathleen Baker and ofcourse Missy Franklin. 59 low to make the Olympics team at the very least