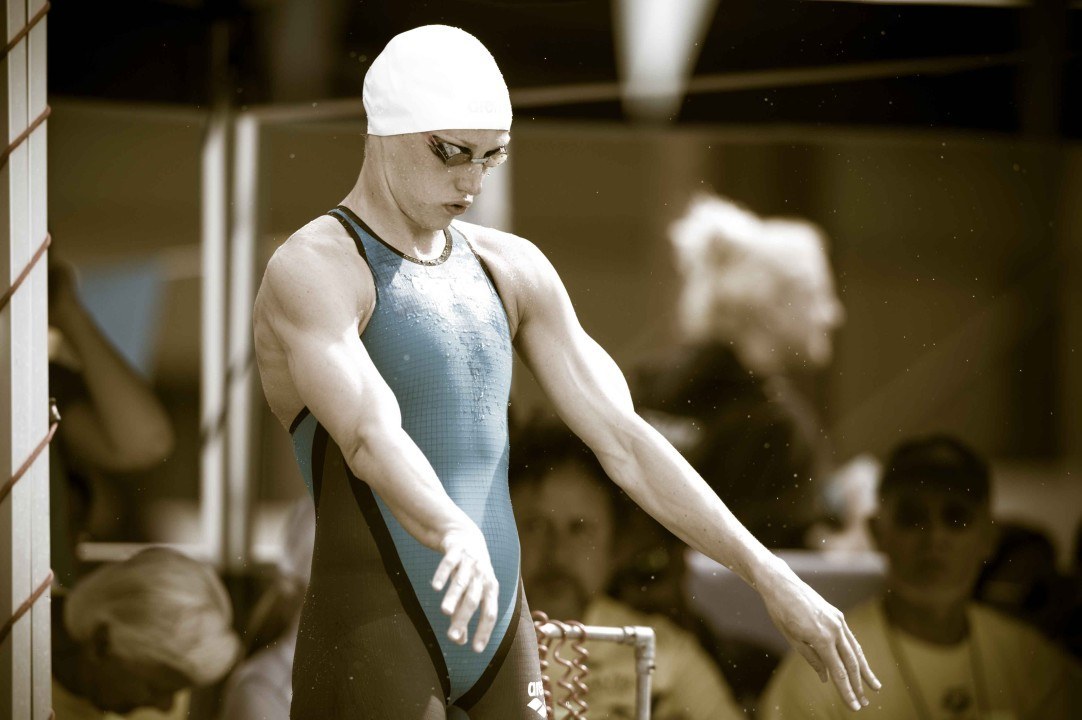 In the continuing story of tension between superstar Hungarian swimmer, Katinka Hosszu, and the Hungarian Swimming Federation, the latter posted a statement concerning the situation on its Facebook page earlier today.

The post essentially chides Hosszu for having left for the Austin Pro Swim Series prior to obtaining permission from the Federation. In the statement, seen in its entirety below, the Federation requested a phone call from Hosszu asking for such permission, saying that “the Hungarian Swimming Federation decided that, even though she should have asked for permission to compete before she accepted the invitation from the Austin organizers, in order to sort out the current situation peacefully, they will grant permission, if Katinka personally asks this from the National Coach while she is in Austin.”

The Hosszu camp says that they don’t have any comment at this time.

We then reported within the last week how Hosszu tore up a contract with the swimming federation, one valued at approximately HUF 12 million (~$41,000), for promoting the 2017 World Aquatics Championships in Budapest. The act was a symbolic protest of sorts, with Hosszu claiming she does not need the money and would rather see the funds directed towards Hungarian swimmers in establishing what she deems “appropriate conditions.”

The contentious situation further escalated when Hungarian National Team Head Coach, Laszlo Kiss then initially resigned from his post, only to return to his position a few days later after receiving a call from the Hungarian Prime Minister.

Statement from the Hungarian Swimming Federation, as translated by Eszter Domokos:

Though the Hungarian Sportsperson of the Year Award dinner will be organized in the National Theatre on Thursday, the 14th of January, Katinka Hosszu has traveled to Austin to compete at the second stop of the Arena Pro Race series (with prize money) from Friday to Sunday, January 15-17th.

Laszlo Kiss, Hungarian National Coach has been only informed from her Facebook page on Monday that the swimmer and her coach are already in Austin. Neither the Hungarian Federation nor the national coach have been informed about the length of the stay; if they will travel back to Hungary after completion of the meet, or if they will continue preparation abroad.

After Katinka had already traveled to the U.S. on Sunday, her request to compete has only arrived to the Federation on Monday. The Federation finds itself into a high-pressure situation; if they give her permission to compete, they prove that, in Hungary, an extraordinarily successful athlete can do anything she/he wants. If they do not give permission – if the Arena organizers demand such thing – then the Hungarian Federation can, despite its best intentions, harm the most successful Hungarian swimmer, as well as the organizers of the competition.

Obviously, she is part of the program and the organizers count on her participation and may have even bought her accommodation and flights. Taking all this into consideration, the Hungarian Swimming Federation decided that, even though she should have asked for permission to compete before she accepted the invitation from the Austin organizers, in order to sort out the current situation peacefully, they will grant permission, if Katinka personally asks this from the National Coach while she is in Austin. A few minutes phone call cannot influence her performance in a negative way and this way she can also express her intention to finalize the discussion.

The Hungarian Swimming Federation, in accordance with the concepts defined by the IOC Charter, wants to follow the objectives of the Hungarian Olympic Committee, which encourages fair play and mutual respect.

Gyarfas used to have a Reality Show and is only interested in milking the government to enrich himself.
Do not be surprised if they try to destroy Katinka and stop her any way they can to reach RIO.
Cseh Laci is an also-ran and will kiss Gyarfas’ behind.
The Only Real Athlete is KATINKA and I hope all the “leaders’ of this sport drop dead and the Sport renews itself with Hosszu in lead.
Go Go Baby Katinka!!! Remember “WE THE PEOPLE” love you.

The reason for asking about citizenship is simply if the issues between Katinka and the Hungarian Swimming Federation were to escalate to a point where they would not allow her to compete, is there a way to obtain citizenship. I can’t imagine the Hungarian federation not allowing her to compete but when you are the sports person of the year and you don’t attend the banquet, the national coach steps down, and she doesn’t follow federation guidelines to compete in Austin … You never know what they might do.

If the Hungarian Federation decide to push her out of the RIO Olympics is there time for her to change citizenship?

F.O.G. – no, the deadline to change nationalities and be eligible for the Olympics has passed under normal circumstances. I’m not sure if there’s any appeal process available, but will look into it.

I don’t think she even considered to do so! The underlying issues are much more complicated then it has been described in the article but she did say she will swimm in Hungarian colours no doubt about it. I hope she’s in focus and left this outside the pool. Remember – Rio is important but Budapest will host a world champ event soon and she’s the right person to put pressure on the federation to improve the circumstances for others.

The actions of the Hungary federation are typical: “I have the power; so you must yield to me…just because I say so”…

I have seen this in all too many occasions, with federations all over the world.

Rest assured that they will force her out of Rio’16 if they have it their way.

The swimming community has to come together and back her, in my humble opinion.

Just adding some news from Hungary:
Yesterday it turned out that probably the Hungarian Swimming Federation, and personally László Kiss lied to the media, because they said that they had realized that Katinka would swim at Austin only when Kiss saw it on Facebook on Monday. Actually, László Kiss had a tv interview on Sunday, where he told that Katinka would be swimming in the USA this week. On the other hand, the Hungarian Anti-Dopping Group also reported, that the federation should have known Katinka’s whereabout since she had to give her schedule to HADG 90 days prior to her race and the federation could have easily see that program.

lol her arms are massive in the picture

Sure hope she makes the phone call. No matter what the problems are and even if she is in the right, the Federation controls her entry in Rio.

I was thinking about that as I read the article. Would/could her Federation hold her out of Rio?

Hungarian offers many proverbs, for many occasions.

Since I don’t actually know the details, on me:
Aki kíváncsi, hamar megöregszik.

The best defense is a good offense.
Barking dogs seldom bite.
Whoever digs a hole for someone else, will fall in it themselves.

Don’t have too many irons in the fire.
The big fish eats the small fish. Katinka is the big fish.