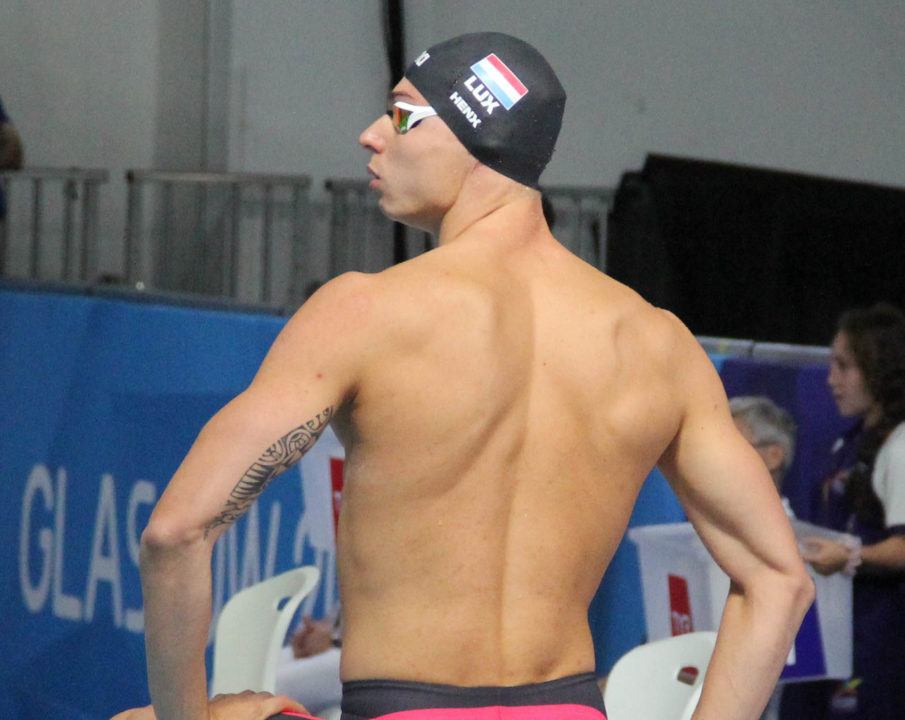 The Games of the Small States of Europe begin this week in Montenegro, with the top swimmers of Luxembourg holding a number of top seeds. Archive photo via Giusy Cisale swimswam.com

2019 Games of the Small States of Europe

The Games of the Small States of Europe begin this week in Montenegro, with the top swimmers of Luxembourg holding a number of top seeds.

The meet will bring together some of the best talent among the lesser-known European swimming nations. Here’s a handful of swimmers to watch for multiple event wins:

Hassler comes into the meet as the top distance freestyler and top butterflyer in the field. She’s a 12-time gold medalist at this meet between 2013, 2015 and 2017. Hassler has wide lead margins in the 400 free (five seconds), 800 free (19 seconds) and 200 fly (two seconds), but might have to scrape with Cassandra Petit for the 100 fly win – Hassler holds the top seed by just a tenth of a second.

Stacchiotti is the top seed in four different events on the men’s side. The multi-time Olympian sits atop the 100 back, 200 back, 200 IM and 400 IM. He’s already the Luxembourgish record-holder in both IMs, but could go after a six-year-old 100 back record this week with a small drop. Stacchiotti is also the #2 seed in the 100 fly.

The 23-year-old Henx is the national record-holder in both the 50 and 100 frees and flys, and looks like the sprinter to beat this week in Podgorica. He’s the top 50 free seed by two tenths, the top 100 free seed by half a second, and also leads the 50 fly by half a second and the 100 fly by just .01 over Stacchiotti. Henx could be up to break any of his national records this week as well.

The Icelandic McKee is the top seed in both the 50 and 100 breaststrokes, and should win both in runaways. His 100 breast seed is more than two seconds faster than anyone else in the field. McKee could also make it a breaststroke sweep if he can move up from the #2 seed and get back towards his national record of 2:10 from four years ago.

Anton McKee is a performer. Period.