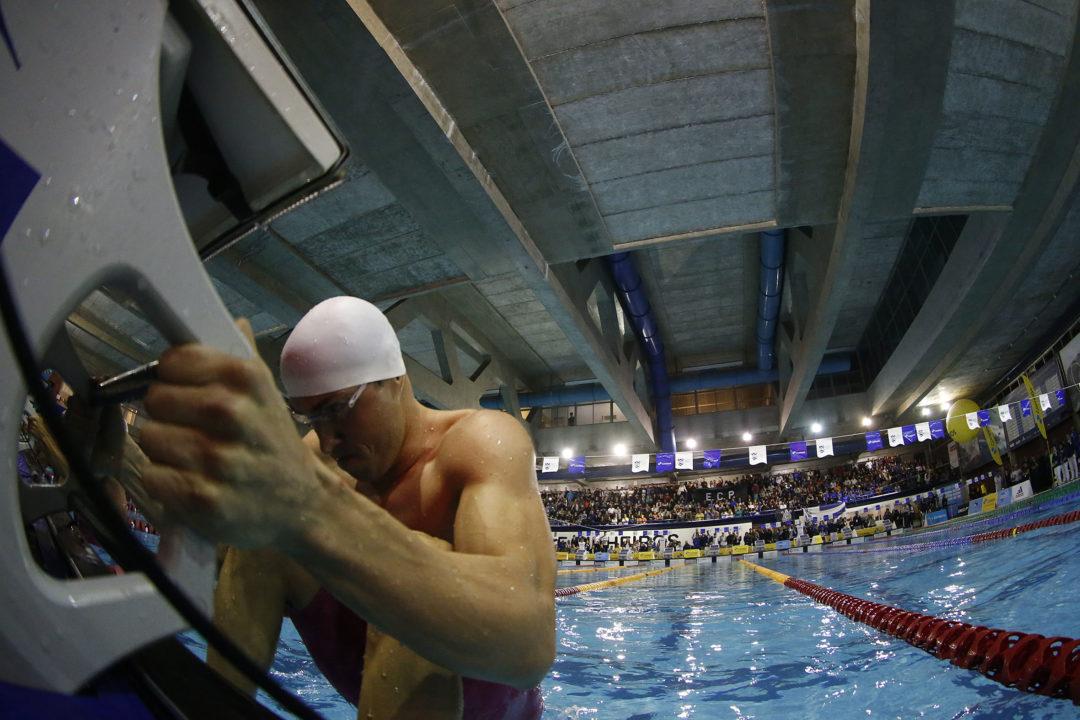 After breaking a South American Record in the 50 back on Sunday, Brazil’s Guilherme Guido did the same in the men’s 100 back final. There, he swam a 49.62, which shaved .01 seconds from his old record-setting time done in a rubber suit at the 2009 Singapore World Cup.

Guido remains the 11th-fastest performance in the history of the event. At 31-years old, he’s credited his performance to a new focus on nutrition over the last year.

But, if a 31-year old swimming best times is impressive, the story of 38-year old Nicholas Santos might take the cake. In the 50 fly final on Monday, he swam a 22.17, which was just .09 seconds from his own South American Record in the event.

Santos’ performances at such an advanced age will always be questioned, given his involvement in a 2011 Brazilian doping scandal that wound up disqualifying him from the 2011 World Championships. Although a tainted substance was ruled to be responsible for the positive test, times from the meet at which Santos and 3 other Brazilians raced were nullified, which eliminated his qualifying time for that meet.

Good results in the men 200 free, even more considering the swimmers’ age: beyond the cited Altamir (born in 1996) and Correia (1999, great improvement for him), third was Fernando Scheffer (1998) in 1.43.4 and there is a group of athletes in the 1.44 high-1.45 range.
And in the 100 free, considering his swimming skills more LC oriented, not bad the 47″ flat from Mateus Santana. Who knows that this 1996, who was a great prospect four years ago, can regain his swimming luster.

I would be very disappointed if Brazil does not line a 4×200 relay, scheffer will probably qualify due to his 400 time and then just a 4th swimmer would be needed and as it is SC lanza could fit very well

Today the last spots will be disputed. 11 spots open who until today are with these swimmers
Atualizando (na briga pelas 11 vagas ainda em disputa)