2023 “Best of the Rest” Sprinter Helena Jones Verbals to Georgia 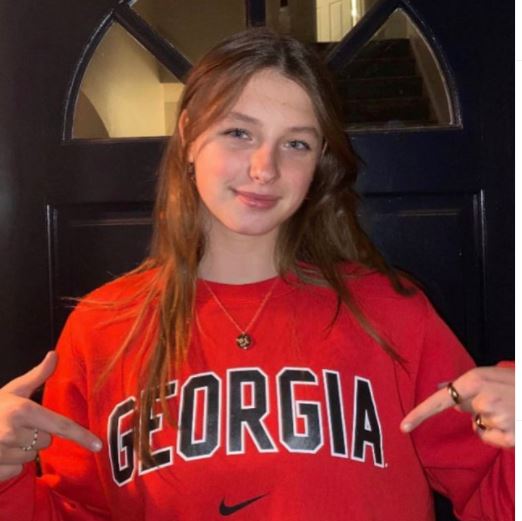 Helena Jones, a 2023 “Best of the Rest” sprinter from Tualatin, Oregon, will travel cross-country to join the Georgia Bulldogs class of 2027.

High school junior Helena Jones from Tualatin, Oregon, has verbally committed to join the University of Georgia class of 2027. Jones attends West Linn High School in West Linn, Oregon and does her club swimming for Lake Oswego Swim Club. Jones was named to SwimSwam’s “Best of the Rest” in our high school class of 2023 women’s recruit rankings.

Jones is primarily a sprint freestyler and backstroker. As a freshman at the 2020 Oregon 6A (large schools) High School State Championships, Jones won the 100 free in 50.83 and finished second in the 50 free in 23.37 to current USC All American Kaitlyn Dobler.

Georgia’s sprint group is currently led by sophomore Maxine Parker, who qualified for the A final at SEC’s in both the 50 and 100 free last year, and fifth year Gabi Fa’Amausili who is an All American in the 50 free. While Fa’Amausili will have graduated by the time Jones arrives in Athens, her and Parker will overlap for one senior for the Bulldogs.

Jones is the first public commitment to Georgia’s women’s class of 2027.