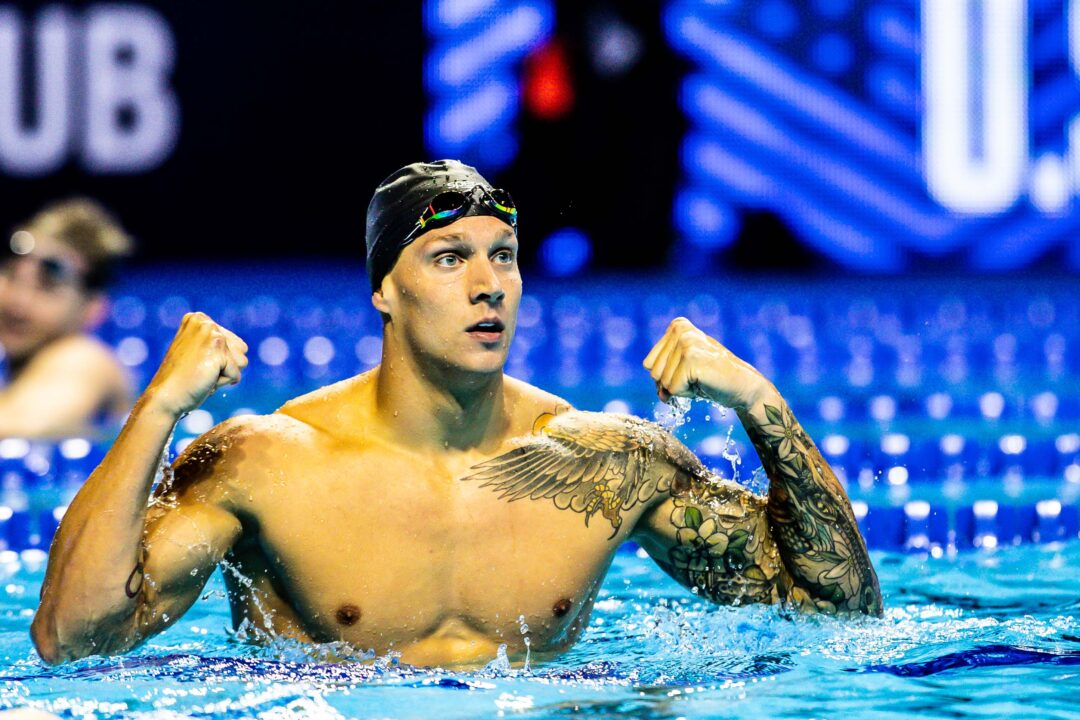 FINA has announced a prize pool of $5.72 million, plus a  $50,000-per-World-Record bonus, for the ad hoc 2022 World Aquatics Championships... Archive photo via Jack Spitser/Spitser Photography

FINA has announced a prize pool of $5.72 million, plus a  $50,000-per-World-Record bonus, for the ad hoc 2022 World Aquatics Championships in Budapest, Hungary.

While the 2022 World Championships, which were put together after the Fukuoka event was forced to 2023 by Japanese COVID-19 restrictions, will be scaled back in some ways (smaller spectator capacity, no high diving), they won’t be in prize money.

In fact, the prize money will be exactly the same as the last championships in Gwangju, South Korea in 2019, with the exception of the elimination of the two high diving events. In 2019, there was $63,900-per-gender in prize money for high diving.

The big increase is the $50,000 bonus in prize money for World Records in individual swimming events. That’s the highest amount ever given at a FINA World Championship event for a World Record bonus.

The top earner at the 2019 World Championships, for example, was American Caeleb Dressel. His 4 individual gold medals and 1 World Record in the 100 fly earned him $110,000, which would have been $130,000 with the new World Record bonus.

He also shared the prize money from 2 gold and 2 silver medals in relays. If divided equally among all relay participants in prelims and finals, that would have been an additional $9,583.

Dressel was the #7 earner in prize money in the ISL season last year with just over $114,000 after missing several meets. Sarah Sjostrom was the top earner at just over $269,000 after participating in all of her team’s meets. That season took place along a much longer timeline, though, than the 8-day period of competition for swimming at the World Championships.

With the World Championships overlapping the originally-announced period of the International Swimming League, this prize money could inform some athletes’ decisions.

NCAA rules will likely allow American collegiate or high school athletes to keep their prize money from this meet. We learned from the 2021 Short Course World Championships that the USOPC/USA Swimming have found a loophole in NCAA rules.

The NCAA allows athletes to accept prize money that comes from a national Olympic committee payout like the USOPC’s Operation Gold program. While that originally was intended to encompass mostly the ‘medal bonuses’ that most countries pay for the Olympics and other elite international meets, the loophole is that USA Swimming can collect prize money on behalf of athletes, and pay it to them via the Operation Gold pathway.

At the 2021 Short Course World Championships, that loophole didn’t include World Record bonuses, because they were paid directly to athletes and not funneled through the federation.

The 2022 World Championships will be held from June 18-July 3, 2022 at several venues in and around Hungary’s capital city of Budapest.

Note: Prize money for relay events is the same as for individual events, but the prize money is per relay team not per athlete.

Again and again 50K for a world record? What a joke to the athletes! It should be something like 100K! Again FINA is one of the most corrupt sports organizations. Out-of-touch with reality. Setting a world record and getting 50K? What a joke?

Not a way I foresaw the sport being built after the Phelps era, from the friction between 2 major swimming organizations …

Amazing how much money becomes available when ISL suddenly appeared

This is the same amount of money that was available before the ISL’s first season, and only a very, very small increase from 2017 and 2015 (less than 10%).