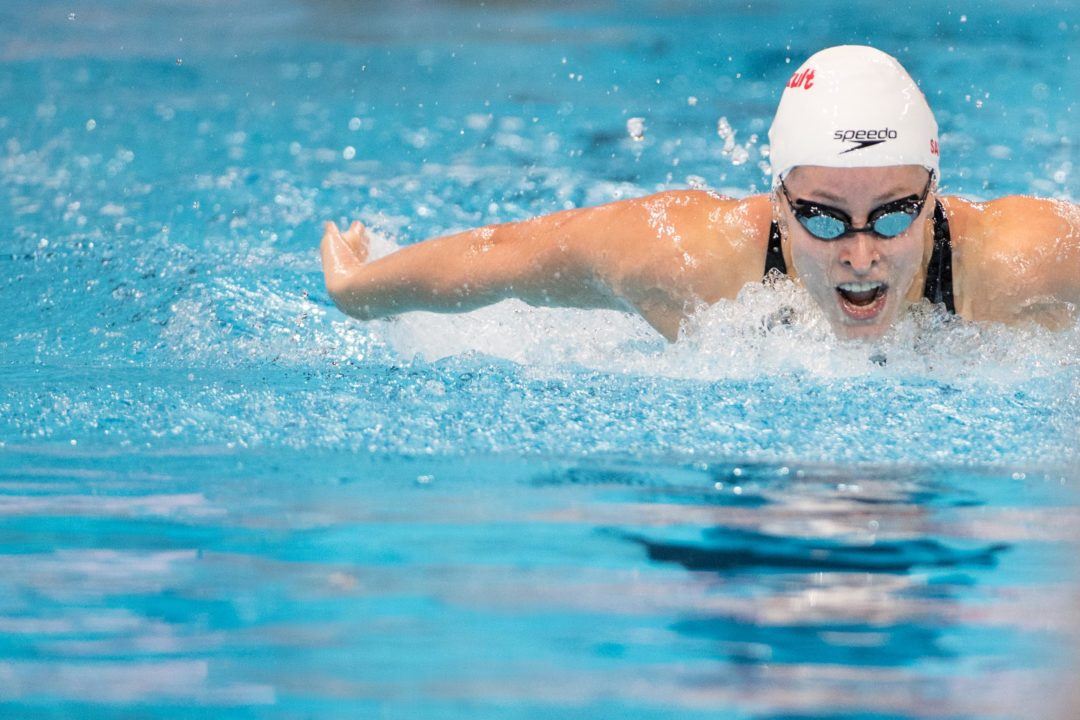 Katerine Savard, the runner-up in the women's 100 fly last night, was entered in the women's 50 fly as the top seed, but has scratched. Stock photo via Mike Lewis/Ola Vista Photography

Thursday’s prelims of the 2022 Canadian Trials will feature the 50 fly, 100 breast, and 200 free, along with the para 50 fly and 100 free. The heat sheets have been posted, so let’s look at the notable scratches for this session.

Firstly, it’s notable that women’s 100 fly champion Maggie MacNeil is not entered in the 50 fly today. MacNeil was never entered in the event for this meet, which now makes sense after her interview with the CBC, wherein the Olympic Gold medalist revealed she will not be racing individually at the 2022 World Championships.

Katerine Savard, the runner-up in the women’s 100 fly last night, was entered in the women’s 50 fly as the top seed, but has scratched. Savard was the top seed by a huge margin, coming at 26.41, seeded as the only swimmer under 27 seconds. Savard qualified for the World Championships roster in the 100 fly last night, and given the 50s are not serving as selection events at these Trials, it seems Savard may have decided to forego the race.

Savard is still entered in the 200 free later in the session, where she is the #4 seed.

After exiting the women’s 100 fly prelims early yesterday, Penny Oleksiak is set to race in the women’s 200 free this morning, where she is the top seed.