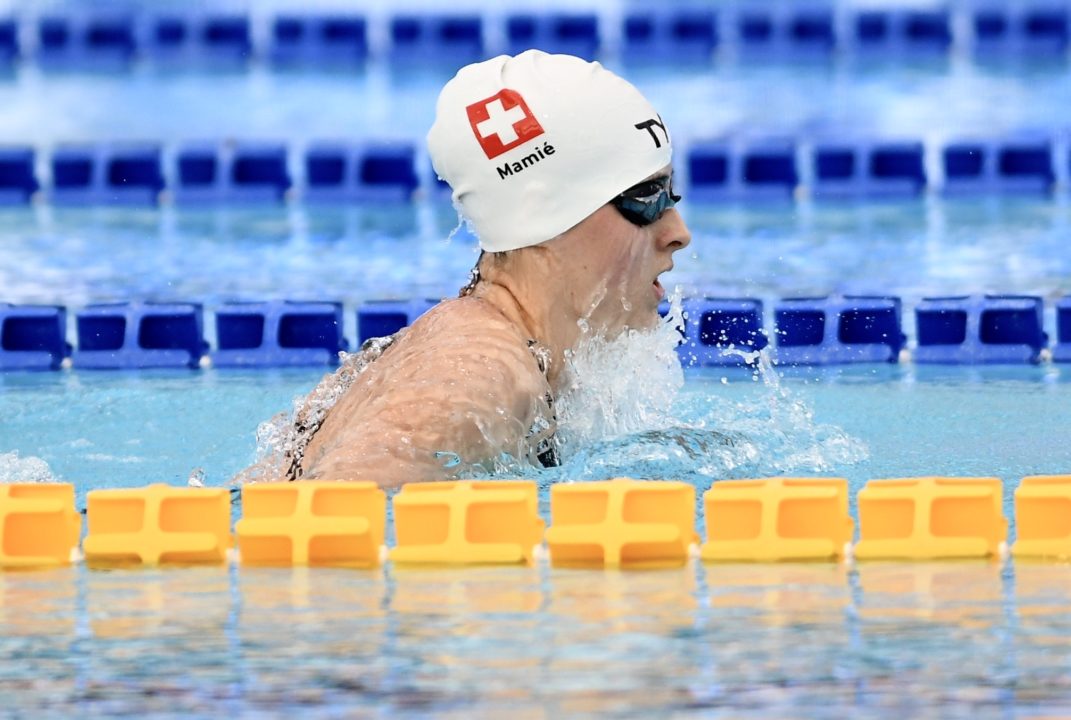 While competing on day 3 of the 2020 Sette Colli Trophy, 21-year-old Lisa Mamie clocked a new Swiss national record in the women’s 200m breast.

Mamie took the gold in this 200m breast to double up on her 100m breast victory earlier at this Sette Colli Trophy. Her 100m breast was a also a new national record, with Mamie’s time of 1:06.60 making her the first woman ever from her nation to delve into the sub-1:07 territory in the race.

It is in fact record #3, as the 50 breast yesterday bettered her own national record, too…