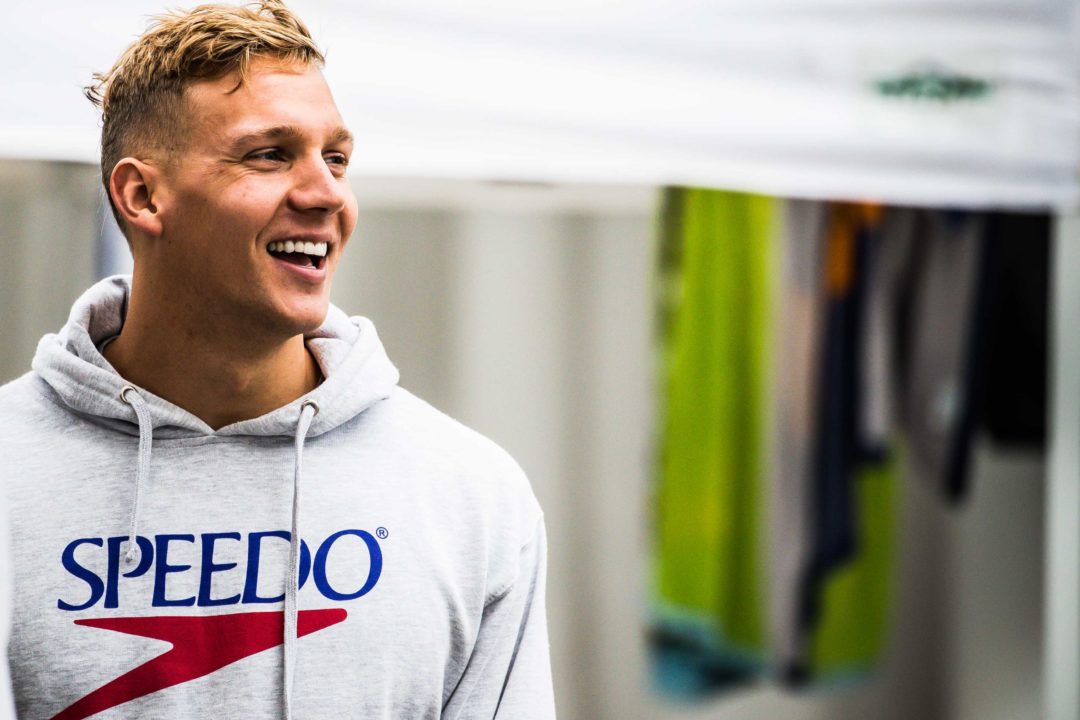 Caeleb Dressel one-upped his 2017 performance with an 8-medal haul at 2019 Worlds. He became the winningest man ever in a single Worlds meet with his 8 golds. Archive photo via Jack Spitser/Spitser Photography

Caeleb Dressel one-upped his 2017 Worlds performance with an 8-medal haul at the 2019 FINA World Championships. He became the most decorated man ever in a single Worlds meet with his 6 golds and 2 silvers. Dressel also tied his record for the most golds won in a single session, taking 3 in one night. 2019 also saw Dressel set his first World Records in both long course and short course.

His first individual title of Worlds came in the 50 fly, the only event in which he failed to medal in 2017. He broke the American Record for his first 50 fly gold. Dressel went on to break Michael Phelps’ former World Record in semifinals of the 100 fly before successfully defending his title. He also swept the sprints, defending his 50 and 100 free titles with a pair of new American Records.

The 2019 ISL season set the stage for Dressel’s first World Record in short course. Swimming for the Cali Condors, he took down the 50 free World Record at the ISL finale. Dressel also took down the U.S. Open and American Records in the 100 free and 50 fly.

That would be fast

5
0
Reply
remel can do anything
Reply to  Ragnar

50 is also sometimes just having the perfect race (Cielo set it at a minor meet, not 09 worlds) a slightly imperfect breakout/finish and the world record is missed, even if gold isn’t.

Kristof Milak? Broke a legendary WR by like a second?

Indeed- no argument with Dressel, but a class act 100m swimmer (who can do an OK 200m) has 5 or 6 events (including 4 relays) to show off their class now….whereas a IM or 200m stroke specialist has 1!

Take out the relays, Dressel can win the 50/100 free and fly and probably final at international meets in the 200 free, 200 IM and 100 Breast if he focused on them.

Milak has an amazing 200 fly and a very, very good 100 fly. Where’s his second stroke? His second win?

His one event, even setting a mind blowing world record, can’t outshine dressel even if you take relays out. Peaty is a better argument.

enough of the Dressel 100 breast nonsense.