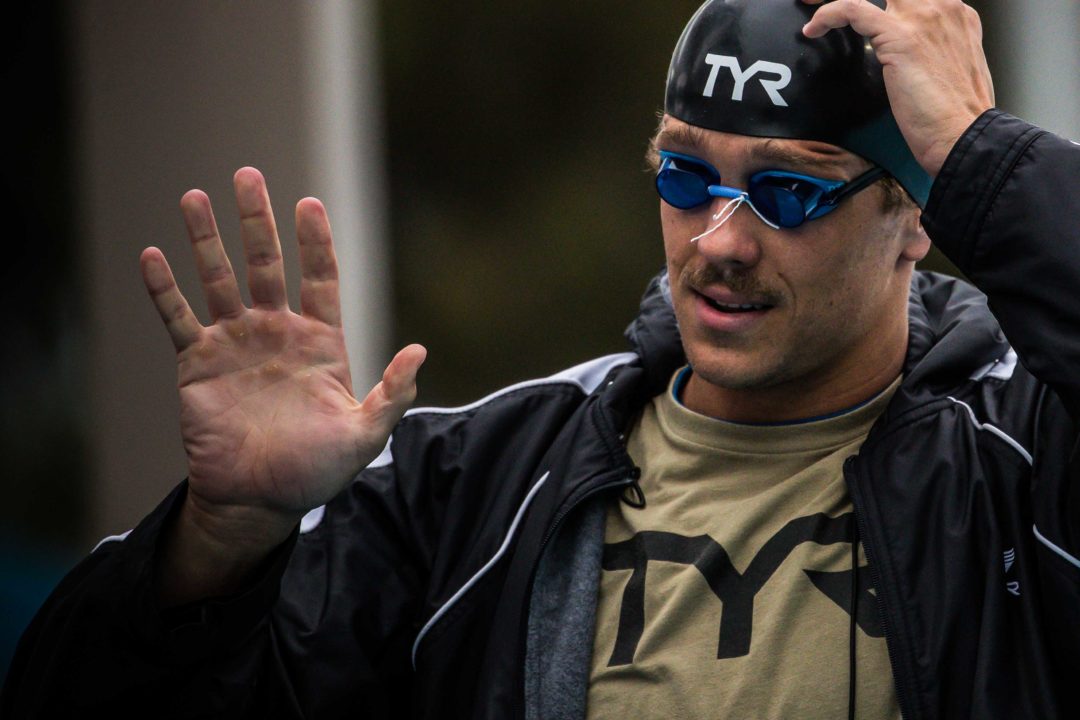 This morning saw a mix between electric swims in some races intermingled with a laid back approach in others, setting up the first night of finals here in Lima, Peru with several swimmers in the hunt.

We have individual finals of the men’s and women’s 100m breast, 400m free and 200m fly, but we will be treated to the first of the relays here in Lima as well.

In the women’s 400m free event, Argentine National Record holder Delfina Pignatiello is looking to make her mark early on these Championships, carrying the top seed of the morning in a time of 4:12.43. But, Alyson Ackman and Danica Ludlow, both of Canada, are in hot pursuit, each flanking Pignatiello with a morning swim in the 4:12 range themselves.

America will be represented by 2 swimmers in Becca Mann and Mariah Denigan, the latter of which is seeking her first senior international title after taking 3 silver medals at the Junior Pan Pacific Championships. She clocked a time of 4:14.49 this morning, but holds a 4:12.59 lifetime best from last year.

Andrew Abruzzo led the men’s 400m free pack in a mark of 3:49.46, registering the only sub-3:50 time of the morning. But look for Brazilian Fernando Scheffer and teammate Luiz Altamir Melo to turn up the heat to try to make it a 1-2 finish.

That same scenario may happen in the men’s 100m breast, where Joao Gomes Junior and Felipe Lima enter tonight’s final as the only 2 sub-minute swimmers. They’ll try to maintain position and outlast American duo Cody Miller and Kevin Cordes, who registered the 3rd and 4th fastest times of the morning in 1:00.28 and 1:00.53, respectively.

As for the women’s 100m breast, American Annie Lazor punched a solid 1:06.79, but Argentine Julia Sebastian raced the swim of her life to take the 2nd seed less than .2 back in 1:06.98. That registered a new National Record and South American Record, giving her a big boost heading into tonight’s final.

Tom Shields will be in action tonight as the 4th seeded 200m fly swimmer, although he’ll be chasing top dog Jonathan Gomez who leads the men’s field out of the heats. For the women’s edition, Virginia Bardach of Argentina holds less than a half-second edge of America’s Sarah Gibson, although Mexico’s Diana Luna Sanchez, Canada’s Mary-Sophie Harvey and more are all within striking distance.

Both the men’s and women’s 4x100m freestyle relays will be in the water tonight. For the men’s edition, based on the unconfirmed entries we can find on the meet site, the Americans appear to be going with the lineup of Michael Chadwick, Nathan Adrian, Grant House, and Drew Kibler. The women’s lineup appears to consist of Margo Geer, Lia Neal, Claire Rasmus, and Meghan Raab.

There were no scratches in any of tonight’s A-finals.

Simple question for smart people out there. Why no prelims for relays? With 10 entries wouldn’t they normally swim in morning to determine top 8?

nobody smart so no answer

Retta probably dictated the story and the voice to text got stuck on”Sam.”

ha ha love that one

How can you guys fail to mention Sam Pomajevich?? He’s the 2nd seed going into the finals of the 200 fly. He has as good a shot if not better to take down Jonathan Gomes

took some holidays in Peru to help some of the guys there ….

interesting 400 free relays line -up ….curious to see how they will manage

Dread it, run from it, the piano arrives all the same

One could say you are… inevitable