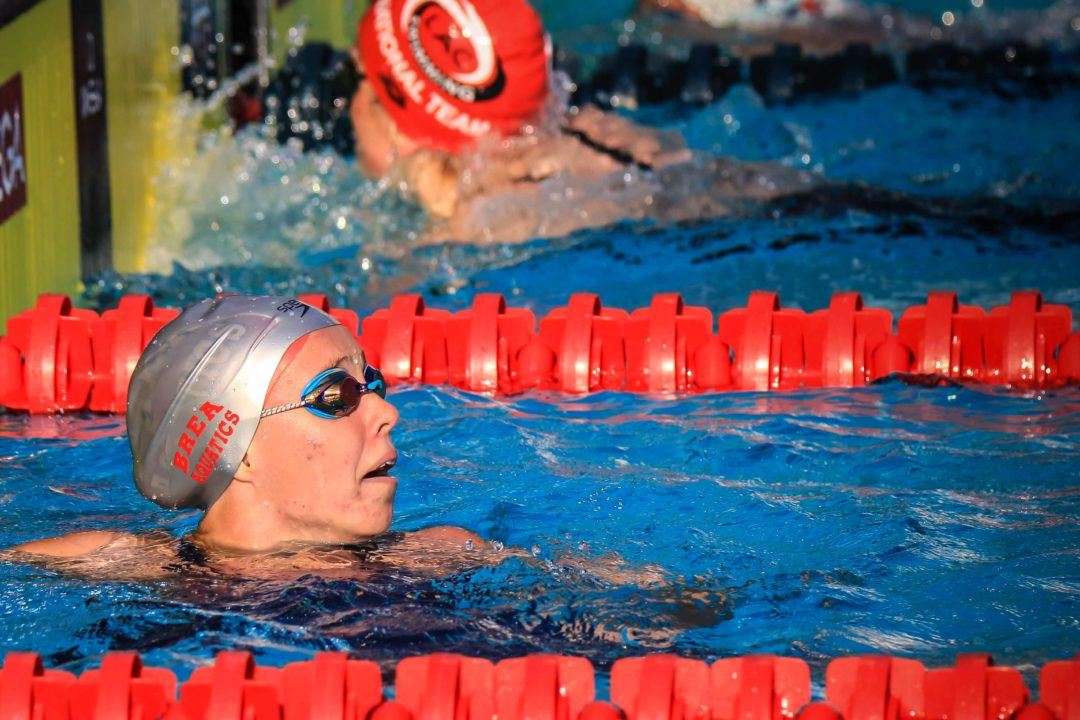 Day 1 finals will include the 200 butterfly and 100 breaststroke. The fastest heat of the women's 800 and men's 1500 freestyles swim in a timed final. Current photo via Jack Spitser/Spitser Photography

Tonight’s session will move quickly and in a slightly different format than last week’s National Championship. For the 200 butterfly and the 100 breaststroke, each event will begin with the bonus final or ‘C’ final, which will be followed by the consolation final or ‘B’ final, and finally the ‘A’ final.